The Mockingbird On Main is back with another new show – Murder at Mistwell Manor – in Downtown Davenport!

And everyone has a motive.

What seems like an ordinary paint by numbers murder mystery becomes much more with each new revelation.

Murder at Mistwell Manor will play the Downtown Davenport arts incubator April 8, 9, 15 and 16 at 8pm. Doors open at 7:30pm and all tickets are $10. Students with a valid ID can pay what you can at every performance.

Details and tickets can be found here: 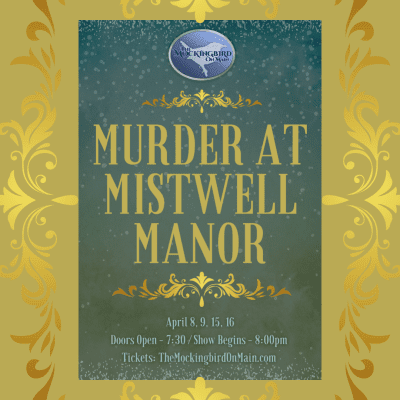