Chingy
Chingy, who single handedly influenced cultural slang with “thurr” and “hurr” following the smash Billboard Hot 100 hit “Right Thurr,” achieved superstardom success with seven other Hot 100 hits, including “Holidae In,” “One Call Away” and many more. An actor and philanthropist, Chingy, achieved rapid mainstream success with the release of his double-Platinum RIAA certified debut album, Jackpot and knocked himself out of the No. 1 position with his second platinum album Powerballin’, featuring Hot 100 hit “Balla Baby” as well as a collaboration with Janet Jackson on “Don’t Worry.” Chingy followed up with another RIAA-certified Gold record, Hoodstar, which also reached the Billboard 200 Top 10, and spawned Hot 100 singles “Pullin’ Me Back” featuring Tyrese and “Dem Jeans.”

Too Hype Crew
More than a party band, more than a tribute band, Too Hype Crew is a full-blown rump-shakin’, rhyme-makin’ old school hip hop experience like nothing else you’ve ever seen! A tasteful tribute to the fun hip hop and party anthems of the 80’s, 90’s, and early 00’s, featuring an all-live six piece band, MC’s, and “Fly Girl” dancers. This outrageous symphony of bouncing Fly Girls, mad spittin’ MC’s, and talented musicians make each set a true feast for the senses. The combination of classic hip hop hits and hot bodies against a backdrop of mesmerizing lights and sound is unlike any. other. band. The performance is artistic and respectful of the music with a party atmosphere packed with wild impromptu comedic moments that you just can’t forget. So when you get hungry for some old school jams, just stop, collaborate, and listen. 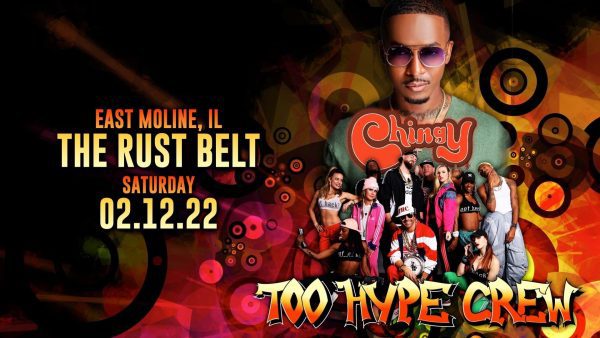