We all know The Avey Grouws Band is hitting The Rhythm City Casino stage Friday night but just who are they?!

Jeni Grouws met Chris Avey and Bryan West at a blues jam in the Quad Cities in 2015, and later that year The Avey Grouws Duo was formed.

After throwing in a handful of well-received full band gigs in 2016, in 2017 the duo finally called up Bryan West to officially form the Avey/Grouws Band. Chris Avey, formerly of The Avey Brothers and former lead guitarist for blues icon Big Pete Pearson, has been called a “younger, more fiery Coco Montoya mixed with a dash of Tab Benoit”.

Avey and drummer Bryan West came in 3rd in the International Blues Challenge in Memphis in 2009 as The Avey Brothers. The strength and grit of Avey’s guitar and vocals are beautifully matched by the sheer power and nuance of Grouws’ unmistakable voice. She’s been called “a choir full of angels on a runaway train!”

Gary Eckhart of Blue Monday Monthly saw their first performance in 2017 called Grouws “a rising star” and said, “It was their first show and they are already ready for festivals!” And ready they were. AGB wowed audiences at Mississippi Valley Blues Fest, Prairie Dog Blues Fest, Nordic Fest and Smokin’ In Steele BBQ & Blues Fest.

With the release of their EP “Road to Memphis” in May of 2018, Avey/Grouws Band is marking their spot on the music scene. And though their musicianship is stellar, there is simply something about how the band communicates with an audience.

An evening with the Avey/Grouws Band is playful, raucous and rooted in the moment. And you won’t want it to end!

See you all Friday night! 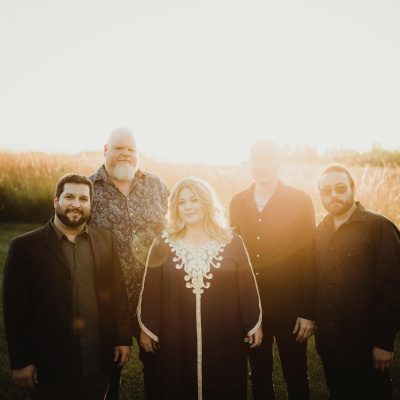