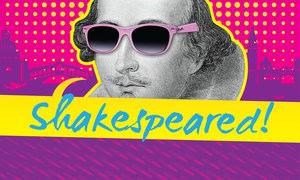 Then don’t miss improve with The Late Nite Show “Shakespeared” coming to The Black Box Theatre July 31 at 7:30 pm.

Tickets are $10 and available at theblackboxtheatre.com.

“Shakespeared” is performed by the comedy crew behind GIT and the former Comedy Sportz in downtown Rock Island. All of their Late Nite Shows have moved to Black Box Theatre in downtown Moline, the new home for late night improvisational comedy in the Quad-Cities!