YWCA Quad Cities Race Against Racism Racing on May 22nd

A dozen outstanding Quad Citizens will be honored as part of the YWCA Quad Cities 3rd-annual Race Against Racism on May 22, presented by IH Mississippi Valley Credit Union. 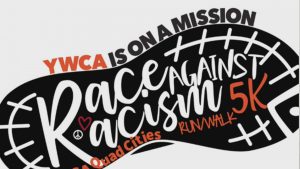 The 3rd-annual YWCA Quad Cities Race Against Racism will be Saturday, May 22.

A special recognition ceremony will be held at the post-race party at Lindsay Park Yacht Club, Village of East Davenport. The race started in 2019, featuring a 5k run/walk and a 1-mile fun-run; however, the most important part of this event is honoring individuals who are standing firmly and intentionally against racism and doing this through their words, choices and actions, according to a Tuesday YWCA release.

“At YWCA Quad Cities, we are doing the work of justice every day,”

President/CEO Julie Larson said. “We turn on the lights and open the doors to answer the cry for justice – every day, we get up and do the work.”

“As many find a reason to divide over differences, we at YWCA Quad Cities are striving to stand together and support those who need it the most,” the group said in its release. “Race Against Racism is the opportunity for the community to come together and recognize these 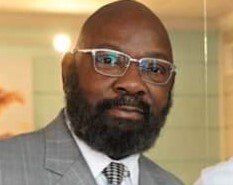 Michael Guster, president of the Davenport NAACP, is one of the 12 Race Against Racism honorees.

“Nominations have been accepted over the last several months for individuals in the Quad-Cities community who are making an impact against racism in our community,” the nonprofit said.

The 2021 Race Against Racism honorees are: 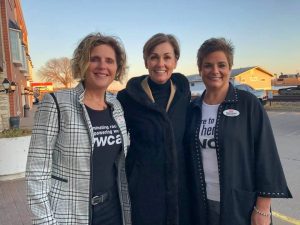 The YWCA Quad Cities race is scheduled for Saturday, May 22, with a start time of 9 a.m. There will be a 5k run, a 5k walk and a 1-mile fun-run available and registration is still open. The race course, completely flat and along the bike bath on the Mississippi River, is out and back, starting and finishing at Lindsay Park Yacht Club.

To register, please visit  https://secure.getmeregistered.com/get_information.php?event_id=MTYxMDM5NzYzMTgzMDKbkWT8IySHvPPT, or call Deanna Woodall at 563-340-0310 or email dwoodall@qcywca.org. Day-of registration will be available for all events.

YWCA Quad Cities works to eliminate racism and empower women. “We will get up and do the work until injustice is rooted out, until institutions are transformed, until the world sees women, girls and people of color the way we do: EQUAL. POWERFUL. UNSTOPPABLE,” the Tuesday release said.

Jonathan Turner
Jonathan Turner has been covering the Quad-Cities arts scene for 25 years, first as a reporter with the Dispatch and Rock Island Argus, and then as a reporter with the Quad City Times. Jonathan is also an accomplished actor and musician who has been seen frequently on local theater stages, including the Bucktown Revue and Black Box Theatre.
See More Articles From Jonathan Turner
Tagged: Aaron Howardbrittany bellowsdeacon michael gustereric puryearholly sparkmankristin allenleslie klipschrace against racismthurgood brookstracy singletonymca quadcities