Home › Articles › Cities › Rock Island › Which Quad-Cities Area Is The MOST Sinful? The Results Are In, And…

Which Quad-Cities Area Is The MOST Sinful? The Results Are In, And…

And now, here’s a survey that certainly would’ve been tipped heavily if the Yankee Clipper was still open and hadn’t been turned into condos. 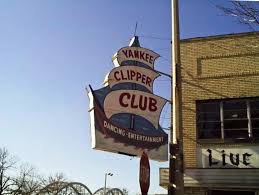 If you ever went here, you’re immune to pretty much everything. Put it this way: the covid virus has nightmares about the Clipper bathroom.

A new rundown of the Most Sinful States In The U.S. has been released by WalletHub, and given that the Quad-Cities straddles both Illinois and Iowa, we’re doubly impacted by the results.

As it turns out, each of the 50 states has its own virtues and vices. Some of them involving Furries (ahem, South Dakota… Yeti fetish, much?). For example, Missouri has the worst drug use problem. And it certainly comes as no surprise that Nevada is the most gambling-addicted. Because Wayne Newton really has a problem.

But the cost of state sins is something we have to share as a nation. Gambling alone costs the U.S. about $5 billion per year. Even more if you’re Pete Rose.

Still, that’s nothing compared to the amount of money we lose from smoking, though – over $300 billion per year. A number which almost doubles when the Rolling Stones are touring the U.S. and Keith Richards is here. Harmful behavior on the individual level can add up to staggering economic costs on a national scale. While many people want to quit their vices, it’s a difficult road even under normal circumstances, so the stresses of the COVID-19 pandemic make abstaining all the harder.

However, some states are more well-behaved than others. In order to determine the states that most give in to their desires, WalletHub compared the 50 states across 47 key indicators of immoral or illicit behavior. The data set ranges from violent crimes per capita to excessive drinking to the share of the population with gambling disorders. 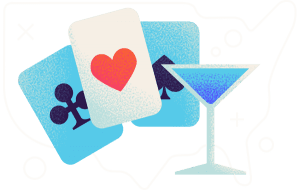 “I’m just a generic piece of clip art on vices… ain’t nobody love me… won’t somebody love me… I ain’t so bad, see…”

And, as it turns out, Illinois — no doubt led by the lascivious Chicagoland area, not to mention MILAN (that’s right, Milan, I see you… don’t think I don’t!) — is in the top 10 most sinful states, coming in at a naughty number nine!

Well, maybe that “Iowa nice” thing has some merit, as Iowa lands as the sixth LEAST sinful state.

The loud and sustained incredulous laughter of everyone who works as a bartender and bouncer in every bar in Iowa.

Sean Leary
Sean Leary is an author, director, artist, musician, producer and entrepreneur who has been writing professionally since debuting at age 11 in the pages of the Comics Buyers Guide. An honors graduate of the University of Southern California masters program, he has written over 50 books including the best-sellers The Arimathean, Every Number is Lucky to Someone and We Are All Characters.
See More Articles From Sean Leary
Tagged: BettendorfChicagoDavenportdrinkingillinois sinillinois sinfuliowa sinfulMilanmojitosmost sinful statesRock Islandvicesyankee clipper