Which Quad-Cities Area Is The MOST Sinful? The Results Are In, And… 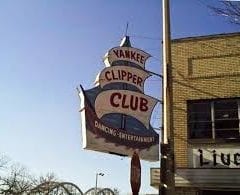 And now, here’s a survey that certainly would’ve been tipped heavily if the Yankee Clipper was still open and hadn’t been turned into condos. A new rundown of the Most Sinful States In The U.S. has been released by WalletHub, and given that the Quad-Cities straddles both Illinois and Iowa, we’re doubly impacted by the results. As it turns out, each of the 50 states has its own virtues and vices. Some of them involving Furries (ahem, South Dakota… Yeti fetish, much?). For example, Missouri has the worst drug use problem. And it certainly comes as no surprise that Nevada... Read More