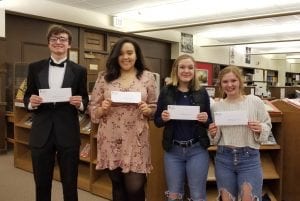 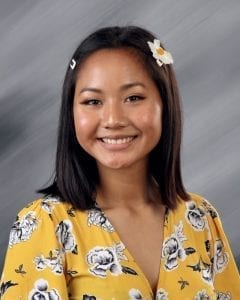 Lah Paw was one of the scholarship recipients.

The RIMEF and Edwards Creative of Milan created this video announcing 68 scholarship award winners and recognizing the top-10 students. 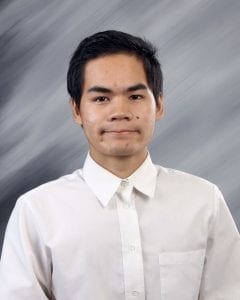 Eh Yee was one of the scholarship recipients.

A full list of all our scholarship recipients can be found at rimef.org under the Scholarships tab.

“We have been increasing the amount we’ve awarded each year as we add more scholarships,” Ponsetto said Monday. “We have at least two more to award next year. We gave out over $300,000 in scholarships, teacher grants, and other support to the district in 2019.”

The foundation – which has about $3 million in assets — was formed in 1986 to enhance academic opportunities for student success in the Rock Island-Milan School District. The foundation manages scholarships for students, distributes grants to teachers in the district for classroom needs, and works to fund programs throughout the District to aid students’ academic success.

Jonathan Turner
Jonathan Turner has been covering the Quad-Cities arts scene for 25 years, first as a reporter with the Dispatch and Rock Island Argus, and then as a reporter with the Quad City Times. Jonathan is also an accomplished actor and musician who has been seen frequently on local theater stages, including the Bucktown Revue and Black Box Theatre.
See More Articles From Jonathan Turner
Tagged: jeff whitakerMike Thomsmonta ponsettopryce t. boeyereginald lawrenceRock IslandRock Island Schoolsrock island-milan education foundation