Sean Leary November 13th, 2020 Theatre, Sean Leary, Rock Island, Moline, Editorial, East Moline, Davenport, Columns, Business, Bettendorf, Articles Share:
One person is a man in his seventies, a true entrepreneur who took a massive risk and put in over four decades of long hours to build a business that became a hub of a local downtown.
Another person is a middle-aged woman who has been working since she was 16, and, over three decades, has put in countless hours working to build up her own business.
And still another person is a younger man, who has also been an entrepreneur, starting up various businesses, who is one of the hardest working people I know.
All of these people exemplify what we like to call the American dream. They’re the people that politicians hold up as positive examples when voicing their platitudes. They’re solidly working class, the backbone of our community and our country, and they stand as the pinnacle of the values we say we prize as a society. You work hard, you do the “right things,” you persevere, and you will ultimately succeed.
Right?
Not always.
It’s kind of difficult to do that at times, especially when you’re hit by so many things out of your control. Such as a pandemic, and the uncertainty of state and federal officials trying to do the right thing in regard to containing it, leading to you having to close your business, or to you losing your job through no fault of your own.
And it’s in this spirit that it’s disgusting to me when I see people on social media and online criticizing these people with a broad brush. Posting ignorant comments mistakenly saying that getting stimulus benefits and the sort from the government is getting “free” stuff.
It’s not. There’s nothing “free” about it. It’s getting back an investment on your money the government has been taking in taxes all the time you’ve been working.
Let me explain.
Advertisement
Now, remember when you were 15, 16, and first started working, and got your first paycheck? Remember when you looked over and were like “Who’s FICA and why are they taking so much of my money???” That’s the government taxing you. They’ve been taking that money for as long as you’ve been working. The government taxes you to pay for programs that are in the public good and your individual interest so that if and when you need them, they are there for you.
Some of the taxes go towards practical things like plowing the snow in the winter, or fixing roads and bridges, or providing police and fire service. A LOT of the money goes towards the federal military budget. Some of the money goes towards social programs, which are there as a safety net for people if they have unforeseen circumstances which put them in a place of needing them.
Such as now. Millions of hard-working people are out of work because their places of business, or their own small businesses, have been shut down temporarily or permanently due to covid and its ancillary negative effects on the economy. 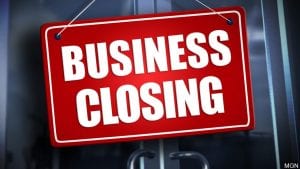 These people have been working for decades in some cases, having that money, which has added up to thousands of dollars the longer they’ve been working, taken out of their paychecks. Those people who are needing to get unemployment and other benefits due to those circumstances are not getting free stuff, any more than you’re getting free money when you withdraw it from your checking account. They’re getting a return on an ongoing investment in the government system which has been set up as a social insurance for moments like these.
Are there people who abuse the system? Hell yeah there are. Just like there are mega-rich corporations and people who abuse the tax code and hide money in offshore accounts and get millions in government money each year despite making billions in profit.
But the myth of widespread fraud in the system is just that — a myth. Numerous studies have shown that the vast majority of the people receiving help from the government while under times of crisis are not on the programs for long, are eligible for them, and only utilize them when truly needed.
Much like the people who are suffering due to covid destroying the economy. Thousands of people locally and millions nationally have been put out of work. People in the entertainment industry, the airline industry, the restaurant industry. Basically any business involving interacting with the public in numbers larger than a couple dozen has been devastated. That’s an awful lot of folks who have been fired through no fault of their own.
And to shame those working class people who have worked hard and are in difficult circumstances through no action of their own is wrong. To shame them for having to get help from the government is wrong. To shame them for having to be on unemployment or any other program is wrong.
Have some compassion for them. Because “they” could easily be “you” someday. And given how covid has impacted everyone over the past year, that someday could arrive at any time.
Advertisement

Sean Leary
Sean Leary is an author, director, artist, musician, producer and entrepreneur who has been writing professionally since debuting at age 11 in the pages of the Comics Buyers Guide. An honors graduate of the University of Southern California masters program, he has written over 50 books including the best-sellers The Arimathean, Every Number is Lucky to Someone and We Are All Characters.
See More Articles From Sean Leary
Tagged: businesses closed due to covidcoronaviruscovid-19workers unemployed due to covid