New Filmed Augustana Production to be Shown Once, Friday, Feb. 12 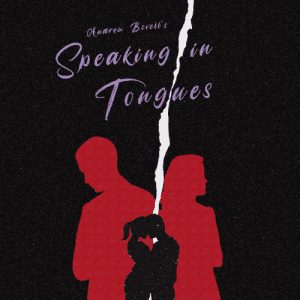 suspenseful, dramatic play – Andrew Bovell’s “Speaking in Tongues” – was filmed and will be shown online one night only, Friday, Feb. 12 at 7:30 p.m.

A summary of the four-actor play (in which each plays more than one role) says: “Nine parallel lives, four interlocked infidelities, one missing person, and a mysterious stiletto are all woven together in this electrifying psychological thriller.”

Directed by Augie senior James Wheeler (in his directorial debut), the show was performed Jan. 28-31 at the Brunner Black Box Theatre, and had Augie students working with Fresh Films do the filming and editing for the streaming version.

“I really feel they did a very nice job with it,” Jackie McCall, Brunner Theatre’s outreach coordinator, said Tuesday. All actors wore clear masks for performances (plus crew and audience were required to wear masks), which “really helped the audience enjoy the show more fully,” she said. “I also think it’s easier to understand what people are saying.” 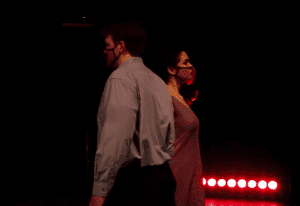 For staging, the actors were socially distanced, and the story itself lent itself to that, McCall said.

“I think James did a great job in using the distance to his advantage, to create tension. There were very few times I was conscious of the fact that they were socially distanced. I really was blown away, and I saw it live. It was the first live show I had seen in a long time.”

“Speaking in Tongues” (which debuted in 1996) starts with two married couples, and other characters the actors embody are related to them in unexpected ways, McCall said.

“Your interest never lags, because you’re constantly trying to figure out what is going to happen next,” she said, noting it’s not confusing to follow. “The costume designer has helped us and the actors give different voice and physicality to the characters, which helps us understand as well.”

Though planned before the pandemic, it “works so brilliantly for the time we’re in, which was sort of a happy accident,” McCall said. 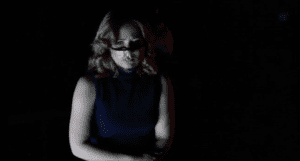 Sarah Walton in “Speaking in Tongues.”

“It’s the fact that it’s a small cast and it doesn’t suffer from being socially distanced at all,” she said. “Some of the characters are very isolated in their lives.”

James Wheeler, a senior theater and communications studies major (from Amenia, N.Y., two hours north of New York City), has performed in a number of shows at the college including “The Crucible” as Deputy Governor Danforth, “Boy” as Adam/Samantha, “Three Musketeers” as Athos, and “In the Next Room” as Leo Irving.

In his director’s note for the “Speaking in Tongues” program, he wrote – 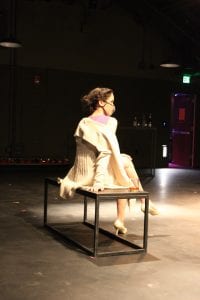 Ariela Policastro in “Speaking in Tongues.”

“I agree with the playwright, Andrew Bovell, when he confessed to hoping these characters haunt audience members as they leave the theatre. Some characters are more likable than others. Certain characters may have a similar life philosophy to you while others may not.

“This show is about right and wrong. Truth and lies. Love and loathing. But these answers will not be performed. Merely the situations. The answers will be up to those in the audience. I simply ask that you keep an open mind as you navigate through these characters’ life struggles along with them.”

“The challenges associated with this show came in the form of connecting all the dialogue in a cohesive way, as well as staging it in such a way that highlighted the divided and mirrored nature of these characters.

“It is my hope that the audience will be fully immersed in the world that the actors create, and I have no doubts that the work they’ve put into this production will do just that. I cannot express enough how grateful I am for the effort the cast and crew has put in, and I am beyond thrilled to share it with you all.”

Wheeler picked the play a couple years ago when he wanted to direct, and it was approved by the theater department in early 2020 to be done. He had to adjust a few intimate moments in staging, due to social distancing requirements. For some kisses in the script, he had to come up with creative ways to depict that without lips touching. 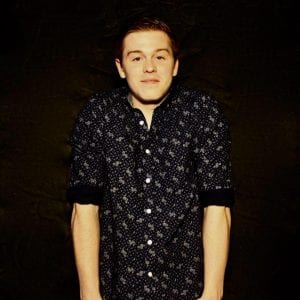 Director James Wheeler is a senior from Amenia, N.Y.

“We used a lot of lighting, sound and movement work with the actors to make that happen,” Wheeler said. For example, one affair shows a couple standing six feet apart and the actors raised their chests up, and went on their toes as a swell of sound is heard, with blue and red lights shining, the director said.

“We went in and out of the sense of emotion using the lights and went back to our regular lighting, to denote back to reality,” Wheeler said.

An original song (“Words”) by Augie sophomore Kaitlin Jacobson is a frequent part of the show, as there is humming of an unnamed song in the script. It had been previously written, but not specifically for the show, Wheeler said. (You can listen to it on Spotify.)

“The song is very much about not being able to put into words how much you care for someone, and how much someone means to you,” he said. “As a I read through the script, the show kind of gave me that sense, too, that no one really knew how to address the feelings they were feeling or the situations they were going through, in a way that was coherent and made sense for everyone around them.”

“It just really seemed to fit nicely and really pulled everything together,” Wheeler said of the song. He is not sure what the play title refers to, since it’s not mentioned in the script. 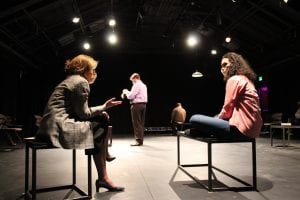 “It may be not being really able to explain yourself and trying to find ways to make things work,” he said.

Despite Covid health concerns, students were really itching to get back to doing live theater, Wheeler said.

“They were really excited to be involved, but we made sure to keep things as safe as we could,” he said. “We were able to keep a safe and healthy atmosphere for everybody.”

“It worked really well because a lot of the themes of the show center around couples wanting connection, but feeling loyalty issues, so I was able to play that into them staying apart,” Wheeler said of staging.

It was challenging for the actors (Ariela Policastro, Bradley Heinrichs, Sarah Walton and Keenan Ellis) to play more than one character, he said.

He first had rehearsals during winter break over Google Meet, then just two and a half weeks of in-person rehearsals. 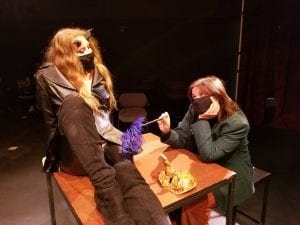 In late October, Augustana staged a female spin on “Doctor Faustus,” with Alyssa Frazier, left, as Mephistopheles and Lauren Larson as Faustus.

“They grew a lot from day one to the day of the show,” Wheeler said. “They did an immense amount of work in a short amount of time.”

Audiences were also very happy to see live theater, especially in a time when many places have canceled productions, Wheeler said. “We were really appreciative and all the people I talked to after the performances were just happy to have been there, saying it felt like a sense of normalcy that they hadn’t gotten in a long time.

“Even though they were masked and distanced, they were at least in a space with other people and were doing something they would have done, had it not been for Covid,” he said.

Wheeler enjoyed seeing the edited video, noting he didn’t make it easy for the camera crew, since they just had two angles to shoot from. “I think they did a really good job; I’m very happy with it and I’m excited for people to see it.”

McCall is a 1998 Augustana graduate and also producing artistic director for the campus-based Mississippi Bend Players. The professional company (which employs student interns) has taken up summer residency at the Brunner Theatre Center since 2017, but was forced to

The next summer season of the professional Mississippi Bend Players is still uncertain.

Usually each year, MBP produces a three-show season and a weeklong day camp for young people. The ensemble is led by Augustana theatre faculty members Jeff Coussens ’80 and Jennifer Popple, and Jackie McCall ’98.

McCall had a meeting Tuesday afternoon to discuss what may happen this summer.

“I’ve got hopes and ideas, but I don’t know what will happen,” she said. In a typical year, by now the season would already have been chosen and the shows auditioned and cast.

“Whatever we end up doing, it will be small – small shows, small casts, trying to limit the 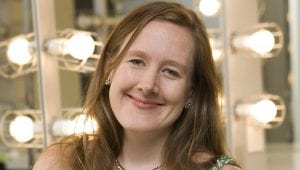 Tony-nominated Sarah Ruhl took part in last August’s online MBP reading of her “for Peter Pan on Her 70th Birthday.”

number of folks who come in contact with each other,” McCall said. “You just can’t take the risk with people’s lives.”

There’s no way they could bring back the previously planned 2020 season – including Neil Simon’s “Broadway Bound.” The Sarah Ruhl play, “For Peter Pan on Her 70th Birthday,” was rescheduled from July 2020 to a Zoom reading on Aug. 21, including the playwright’s mother Kathy (for whom it was written)

“I would rather be cautious and get us through this period of time, so hopefully we can come back in full force – rather than gamble and possibly sink the ship,” McCall said.

For 16 years before coming back to Augustana, she was with the Old Creamery Theatre in Amana, Iowa, serving as the professional company’s director of education and director of development in addition to acting and directing. 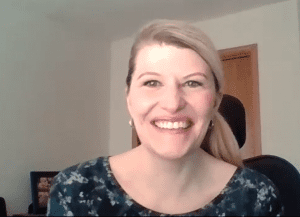 One of her proudest accomplishments working with Old Creamery was heading up the creation of the award-winning Camp Creamery program, which has provided thousands of students with hands-on theatre experiences across the state of Iowa. Camp Creamery has also been held at Augustana each summer since Mississippi Bend Players’ inaugural season (except in 2020).

Two musicals upcoming inside and outside Augustana

The rest of the planned Augie 2021 theater season will feature:

Music and lyrics by Stephen Sondheim, book by James Lapine.

“Into the Woods” is a timeless, yet relevant darkly comical reimagining of beloved fairy tales. When favorite storybook characters come together in an effort to break a curse, they begin to question if what they’ve always wished for is what they truly want. Sondheim’s lush Tony-winning score and Lapine’s Tony-winning book remind us that even in the darkest of times, “no one is alone.” 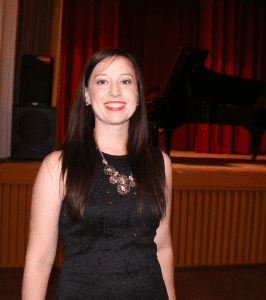 Shelley Cooper is planning to direct “Into the Woods” at Augustana at the end of the month.

Christopher’s extraordinary brain processes math with ease, but leaves him ill-equipped to interpret everyday life.  After he stumbles up on his  neighbor’s dog lying dead, he is determined to discover who murdered Wellington.  Christopher dares to step outside his comfort zone, embarking on a journey that upturns his world and allows a glimpse into what it’s like to live on the spectrum.

Grab your swimsuit and get ready for a wet, wild and wacky 60’s inspired reimagining of “The Pirates of Penzance.” This carefree musical 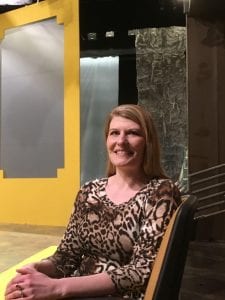 farce has just the right amount of nostalgia and novelty to make you feel like you’re on vacation.

Based on the popular children’s book, this colorful, dance filled romp is equal parts silly and sensational; all the ingredients you need to whip up a fantastic time for the whole family.

By turns hilarious and deeply moving, “One Flea Spare” is set in plague-ravaged 17th-century London where social roles and the boundaries that describe them have been thrust into chaos. The definition of morality is up for grabs. History is being tantalized. And while the wealthy William Snelgrave dreams of sweating, swearing tars, and of how sailors satisfy their “baser instincts” so far away from female company, his own wife, untouched for 40 years, is discovering that her dreadfully burned body may not be numb after all.

Tickets for “Speaking in Tongues” Feb. 12 are $8 for an individual viewing, and $15 for a group, available HERE.