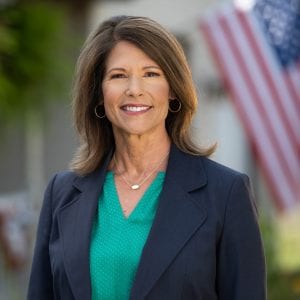 “I am experiencing mild symptoms, but still feel well. I have been in contact with my medical provider and, per CDC guidance, am self-isolating,” she tweeted.

“Consistent with medical advice, I will be working remotely from my home in Illinois until cleared by my physician,” Bustos, 59, wrote. “All individuals that I had been in contact with have been notified. Across the country and the Congressional District I serve, COVID case numbers are skyrocketing.”

“We must all continue to be vigilant in following public health best practices: wear a mask, practice social distancing, get your flu shot and wash your hands,” she wrote. “The only way we will get this pandemic under control is by working together.”

The attending physician at the Capitol launched a new testing program for members and staff on Monday amid the surge in cases seen across the country, according to thehill.com.

Jonathan Turner
Jonathan Turner has been covering the Quad-Cities arts scene for 25 years, first as a reporter with the Dispatch and Rock Island Argus, and then as a reporter with the Quad City Times. Jonathan is also an accomplished actor and musician who has been seen frequently on local theater stages, including the Bucktown Revue and Black Box Theatre.
See More Articles From Jonathan Turner
Tagged: cdcCheri Bustoscoronaviruscovid-19pandemicQuad Citiesself-isolatingworking remotely