Fontana is in southern California, over 1,800 miles from the Quad-Cities, but that didn’t stop Yuji Baba, a graphic designer and illustrator there, from using The Force (and his amazing talent) to win the Quad City Arts Chalk Art Fest. 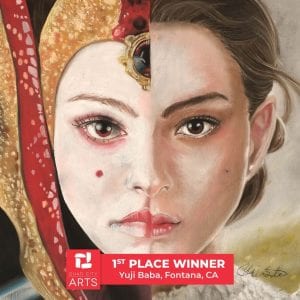 The 30-year-old California native, who was raised in Osaka, Japan, won the first place of $500 with his gorgeous rendition of a book cover featuring Natalie Portman as Padme from the “Star Wars” prequels.

“I’m so honored,” Baba said Monday. “If I had other graphic design work, I would not have been able to enter this festival.”

For the fourth-annual Chalk Art Fest, 100 artists participated during the second half of August, with photos of 62 entries (done at home or work) submitted for awards. Artists from all over the Quad-City region participated, with artists also coming from Chicago and Raleigh, N.C.

Unlike last year’s two-day event, held in June as part of Bettendorf’s Be Downtown Festival, the Chalk Art Fest was open virtually, to anyone, 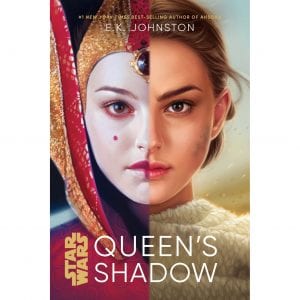 Baba’s inspiration was this book cover.

for two weeks through Aug. 28. Artists competed for over $1,500 in cash prizes, including a youth category (for ages 12-17) award and people’s choice award.

Yuji Baba has done chalk art for five years, and has entered the Pasadena Chalk Festival (45 miles west) every year, which in June was held virtually. In 2019, Baba won that fest’s “On the Way to MOCA” award for a Luke Skywalker piece. That’s a prime award since it’s from fellow participating artists as the best contemporary piece (MOCA is the Museum of Contemporary Art).

Baba studied art at Pasadena City College and started his own business, YB Illustration, in 2015.

“I am a graphic designer, so usually I make business cards, posters, and ‘Star Wars’ stuff,” he said. “For me, it’s really, you can do anything with art and drawing.”

He’s loved “Star Wars” since he was a small child, noting his favorite was the 1977 original. “The characters, the vehicles, everything,” Baba said.

He only had done a Padme painting many years ago, and based the new chalk work on the cover of a 2019 young adult novel, “Star Wars: Queen’s Shadow,” about Padme becoming Queen Amidala. 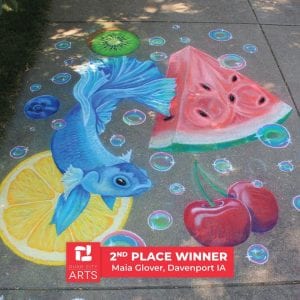 Baba learned about the Q-C festival as he was looking up his old chalk artwork online.

“Everything is virtual right now, because of Covid-19,” he said.

“I was looking for high-quality images of Natalie Portman or Carrie Fisher,” Baba said. The size of his piece was two feet by two feet.

“Chalk isn’t that hard for me,” he said. He works from a grid system of squares, where he makes a paper drawing first, and makes a grid, working off that to the chalk. The final piece was done in two days (six hours a day) on a large piece of sanded wood board, which he first painted black – creating a kind of blackboard.

That way, he can keep it and hang it, unlike most of his chalk art, which disappears after the events. His Pasadena pieces were photographed and can be seen on his website, ybillustration.com.

For more information on the local event, visit www.quadcityarts.com/chalk-art-fest.html. 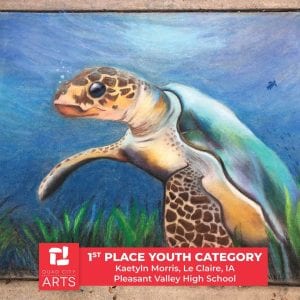 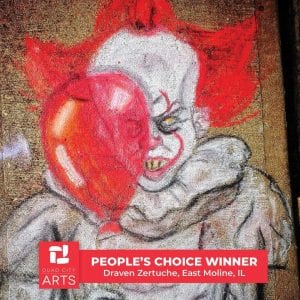 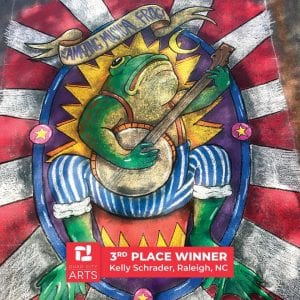