Even in the midst of this terrible time, there’s always some good news, always people rising above the depressing and dark news out there and trying their best to do good works and be positive in this world. And every month, I, in conjunction with our media partners at KWQC-TV6’s “Paula Sands Live” bring you some of the positive and uplifting events, actions and individuals in the area. Here are some of the great things going on during this challenging time in the Quad-Cities: Mask Makers Stepping Up In the face of a shortage of masks and a greater need than ever for people... Read More 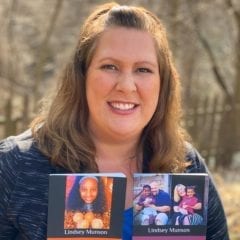 ROCK ISLAND – Yenework Munson has come a long way in her short life so far. Just shy of 7, the Rock Island girl was adopted by Tony and Lindsey Munson from the African nation of Ethiopia in 2013. But she’s made an even bigger journey – within herself – in the past 18 months. Lindsey feels that difference in Yene’s life has been provided mostly by the Center for Living Arts, at 220 19th St., and its owners, Dino and Tina Hayz. Yene (along with dozens of other area kids) were looking forward to putting on “High School Musical, Jr.,” with three separate casts, but the spring show has... Read More