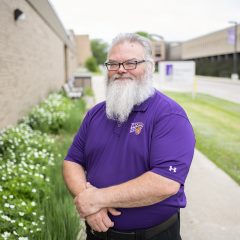 Western Illinois University Office of Public Safety Information Technology Technical Associate Peter McMeekan has been named the Al and Elaine Goldfarb Civil Service Employee of the Month for May. McMeekan began working at WIU, and in the Office of Public Safety, as a microcomputer support specialist II in September 1997. He was reclassified by audit to microcomputer support specialist III in May 1999. McMeekan audited to procedures and systems analyst II in March 2003 and to procedures and systems analyst III in October 2006. He moved to his current position in January 2017. McMeekan’s nominator... Read More 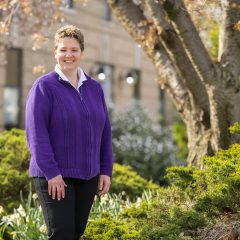 Western Illinois University Director of Transitional Programs Michelle Janisz has been named the Al and Elaine Goldfarb Civil Service Employee of the Month for April. Janisz began working at WIU in July 2001 as the assistant director of student activities. She left WIU in June 2005, but returned in August 2011 as director of student activities and coordinator of development. She transitioned to her current position in February 2019. According to her nominator, Janisz has embraced a recent restructuring in her office to better serve students. “Michelle embraced the change with open arms and... Read More 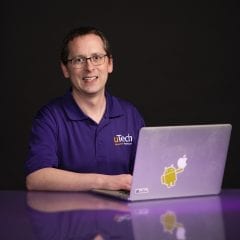 Western Illinois University IT Manager/Director of Web Services Jeremy Merritt has been named the Al and Elaine Goldfarb Civil Service Employee of the Month for March. Merritt began working at WIU in May 2001, as a microcomputer support specialist I in University Housing and Dining (UHDS), then was reclassified by audit to microcomputer support specialist II in May 2002. In July 2014, Merritt became the webmaster for UHDS and in February 2009, he accepted a position as instructional technology systems manager in uTech. He was promoted to assistant director of uTech’s Computer Center in May... Read More