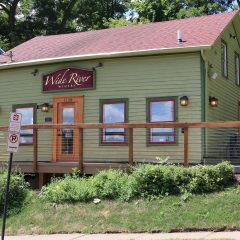 Two historic preservation projects in Davenport are among 11 in seven Iowa communities that have earned the state’s highest awards for historic preservation during this year’s Preserve Iowa Summit. The annual conference is presented by the State Historic Preservation Office, which is part of the Iowa Department of Cultural Affairs. During the awards ceremony on June 3, the State Historical Society of Iowa Board of Trustees awarded two projects in Des Moines and two in Davenport with a Preservation Project of Merit Award, which recognizes projects that exemplify the best practices of historic... Read More