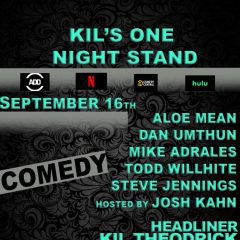 Omaha native and LA resident Kil Theodrick (as seen on Netflix, Hulu, Comedy Central) is coming through the Quad Cities while on tour for a surprise one night only event at 7 p.m. Thursday! Don’t miss your chance to see Kil live before you’re seeing him on your TV weekly. Hosted by Joshua Kahn Also Featuring Mike Adrales (QC) Steve Jennings (QC) Jameson Cox (Des Moines) Todd Willhite (QC) Aloe Mean (Des Moines) Dan Umthun (Des Moine) Doors are 6:30pm / Show 7pm Tickets $10 by calling the Circa 21 Box Office at 309-786-7733 ext.2 or at www.thecirca21speakeasy.com Tickets are $12 at the door To... Read More 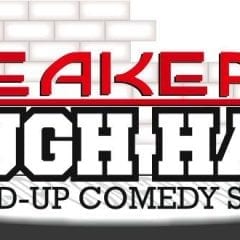 The Speakeasy Laugh Hard Comedy Show is back on this Friday Aug 28 at The Circa 21 Speakeasy (1818 3rd Avenue Rock Island). Doors open at 7:00 and the show starts at 8:00. Tickets are only $3.00 for this show!  Seating will be limited due to social distancing so reserve early!  Because we cannot mix parties at tables only reservations for 4 or 6 people can be made.  Sorry for the inconvenience. It’s time to get out of the house and have some adult beverages and laugh.  We need laughter now more than ever! This is a great standup comedy show featuring many hilarious comedians from across... Read More