Q-C Rush Is Number One In Illinois! 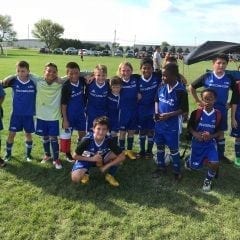 The Quad-Cities Rush U11 team is the number one ranked team in all of Illinois, according to the latest GotSoccer rankings. The Rush had previously been number three, after moving up from four in their first ranking this fall. In addition, the Rush is ranked number 15 in their multi-state region, which includes the Midwest and middle of the country, and number 261 among the thousands of teams nationwide. The Rush, in their inaugural season, is made up primarily of players from the now-defunct Mid America Premier squad, which was ranked number one at the U10 level last year. The Rush ascended to... Read More

Number One In The State? QC Rush Wins East Moline Tourney Against Top U12 Teams 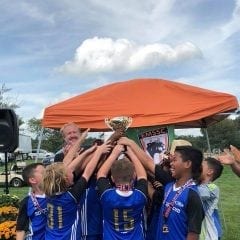 They never gave up, they never gave in, and they emerged champions. The QC Rush U11 team had a tough road to travel during the East Moline Labor Day Soccer Tournament. The undefeated (7-0-1) Rush, ranked #4 in Illinois according to the last GotSoccer ratings going into the tournament, were not only playing up against U12 teams, but they had the hardest draw in the tournament, playing against two, and ultimately three, of the top ten U12 teams in the state to get to the finals, and to win the gold. But the Rush, in their inaugural season, has proven that they never back down from challenges. Their... Read More 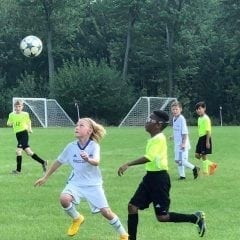