Need To Find A Turkey Last Minute In The Quad-Cities? TWO Stores Hit The Spot!

All is not lost, procrastinators! If you’ve let your thanksgiving planning go to the very last minute, if you desperately searched around at various spots today for a turkey without having any luck (as we did and reported on earlier!), don’t fret! There are TWO spots in the Quad-Cities where we found turkeys just a little over an hour ago! Moline HyVee, at 4200 John Deere Road, had been dry of turkey earlier in the day, but a few new birds must’ve flown in from the back storage because as of 8 p.m. tonight they had a half-dozen turkeys available for purchase. HyVee also had a... Read More

Still Looking For A Turkey In The Quad-Cities? They Might All Be Gobbled Up 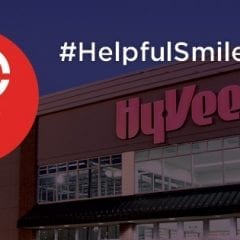 Thanksgiving turkeys and supplies have been gobbled up quickly off Quad-Cities grocery store shelves, so if you’re still on the hunt for a bird, you might have tough time. A trek to three area HyVee and two Aldi stores and a Target on the Illinois and Iowa sides of the river found ALL six of them SOLD OUT of turkeys, as of this morning. As for other supplies, the Aldis in Davenport and Rock Island were also sold out of cranberries, mashed potatoes and some stuffings, although still had gravy and a good supply of vegetables. The HyVees in Moline, Davenport and Milan were likewise out of cranberries,... Read More