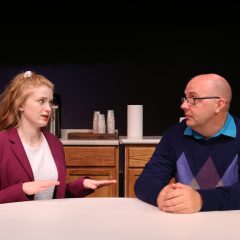 Playcrafters Barn Theatre’s first production in 15 months, the new drama “Princeton’s Rage,” is deeply personal for both its Quad-Cities playwright and director. In the Don Faust play (rated R for language and adult content), Princeton Yale left his hometown of Chicago over 30 years ago, turning his back on an abusive past at the hands of his high school classmates and never looking back. But through a series of happenstances, Princeton’s past comes to pay him a visit, in the form of one of his former tormentors, Reece “Rage” Johnson, and more than just talk about “the... Read More 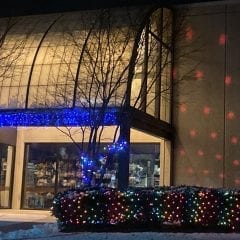 Eleven cultural organizations and three artists in the Quad-Cities were among those to receive a share of $7 million in new grants announced Tuesday by the Iowa Department of Cultural Affairs. A total of 267 cultural organizations and 152 artists serving 118 Iowa communities will get funding, made possible by the Coronavirus, Aid, Relief and Economic Security (CARES) Act, on Dec. 2. The department launched the Iowa Arts & Culture Recovery Program the same day and received more than 550 requests totaling more than $36 million by the Dec. 11 deadline. The list of recipients includes some of Iowa’s... Read More 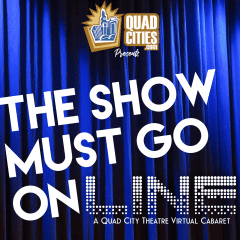 Are you a local performer, theatrical actor, theater, or arts organization? We’re looking to provide you a virtual stage on the QuadCities.com site and social media! With covid rampaging, we know it’s a crazy time and we want to showcase your organization. No one can come to you but that doesn’t mean you can’t come to them. Along those lines, we’re producing a Virtual Cabaret called The Show Must Go On(line) and we want you to be part of it! The “live” event will air on our Facebook page on Friday, August 14 at 7 p.m. Submissions are due Friday, August 7 by 7 p.m. Use WeTransfer... Read More 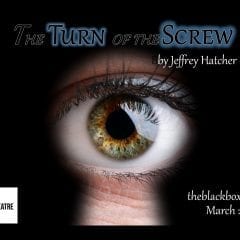 During this unprecedented, scary time of Covid-19, it seems apropos that the first indoor live theater in the Quad-Cities since the shutdown will be the spooky ghost story, “The Turn of the Screw,” next month at Moline’s Black Box Theatre. The 60-seat theater (1623 5th Ave.) will open at half capacity on July 16 and close the 19th. “It is a short run,” said director Lora Adams, “but the set was almost completed and the actors’ schedules have changed since March, so we are only able to do the four-day weekend.” Actor Matt Walsh and Kayla Jo Pulliam will bring the creepy tale to life... Read More