Moeller Has More Up His Sleeve In April And Beyond

Local entrepreneur and music scene tastemaker Sean Moeller always has plenty of great shows up his sleeve, and looking into April and beyond, Moeller’s got a stacked lineup. Here’s what’s up with the creator and former head dude at Daytrotter: Philadelphia’s The Districts will be attempting to destroy Baked with their crushing, fun rock and roll April 21, as part of a 4-day stretch of shows at the venue that you’re not going to want to miss — with the string ending April 23 with Norway’s SONDRE LERCHE and special guests! Get those tickets today! Matthew Logan Vasquez... Read More

Gas Fest Two On Its Way!

GAS Feed & Seed Fest No. 1 was great, right? Well, No. 2 is happening Nov. 9-11, 2017. Sean Moeller and co. just couldn’t help themselves. They want to do that same feeling AGAIN. “I couldn’t have done it without a squadron of amazing volunteers and all of you great people coming out and supporting in many ways — enthusiastically, financially, etc.,” Moeller said. “If you would like to seriously contribute to making another three days happen the way they did a week ago, I’ve set up a VIP donation ticket. For any donation over $100, you will get a 3-day pass, plus... Read More

Turn Your Buckles To Turnbuckle 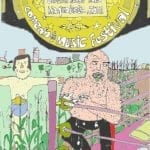 Time to tighten your belts and wrassle your way to the Turnbuckle for some fun comedy, music and wrestling. It’s a festival Andy Kaufman would love, Sean Moeller has announced Turnbuckle, a few fest for Memorial Day Weekend At Codfish Hollow – featuring Comedy, Music and Professional Wrestling! Moeller Nights, Codfish Hollow, Bummer City and the Nerve Center Present: Turnbuckle, a comedy, music and professional wrestling festival set for Memorial Day weekend, May 26-27, 2017! It will be a weekend of HARDY CHUCKLING, BOD SWINGING and ATOMIC PILEDRIVERS the likes of which have never been seen! Over... Read More

Basecamp, Lolo On The Moeller Nights Radar For QC Shows 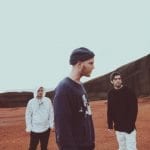 As always, Sean Moeller is a blur of activity, booking a ton of shows up for your viewing pleasure in the Quad-Cities. Here’s what he’s got up his sleeves for the coming weeks, for you to check out: Jan. 31 :: BASECAMP w/ special guests — the next hot electro rock, R&B-ish dance band in America. If you like Bon Iver, Royal Blood, Flume, Chet Baker or LCD Soundsystem, don’t miss this one. LISTEN TICKETS Feb. 9 :: LOLO w/Lex Allen — LOLO made one of 2016’s greatest pop records and she’s back. You know her and love her. Every time she’s been to town she’s... Read More

Who wouldn’t want cheap GAS for Christmas? Well, if you’re stumped for gift ideas for others or dang it — for yourself — giving GAS Feed & Seed Fest tickets would make you jolly. And that’s a guarantee. The fest is going to feature over 30 great artists and comedians and will take place Feb. 16-18, 2017 in the Village of East Davenport The final lineup of artists will be announced on Thursday of this week and the final confirmations coming in are going to blow your hair back! TODAY ONLY, we are celebrating seven days til X-mas and chopping $7 off of every single day... Read More 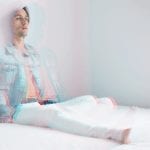 Sean Moeller is on a hot streak. The Moeller Nights and former Daytrotter mastermind has announced another huge show this week, as Sondre Lerche will be performing at The Village Theatre April 23. Tickets will be ON SALE this Friday, Dec. 9 at 10 a.m. at www.moellernights.com. The critically-acclaimed Lerche is a former Daytrotter and Barnstormer alumni, one of the judges for Norway’s version of The Voice and a regular on critics’ best-of lists for his exquisite pop songs. This comes on the heels of Moeller announcing the Gas, Feed and Seed Festival for Feb. 16-18. Tickets for that gig... Read More

Sean Moeller Throwing A New Party For The QCA 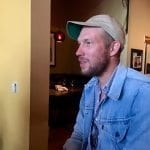 Sean Moeller has proven that he knows how to throw a great party. The guy behind the creation of Daytrotter, Daytrotter Downs, Moeller Mondays and Moeller Nights is popping the cork on yet another celebration of music and culture for the Quad-Cities, the Gas, Feed and Seed Festival. According to Moeller, “The three-day event will take over the historic and cozy Village of East Davenport and will bring the best and the brightest from music, comedy and culinary arts to town, with over 25 artists performing nearly 40 sets in multiple venues. The headline shows will take place in The Village Theatre... Read More

On The Scene At . . . Moeller Nights’ Mr. Little Jeans Show 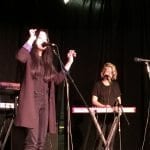 Quad-Cities music fans packed into the Village Theater in the village of east Davenport Saturday night for the latest Moeller Nights concert featuring headliner Mr. Little Jeans, with opening acts Trace and Liv Carrow. MC Mik Stel loudly whipped the crowd up as music aficionados ages four to 74 checked out a few hours of excellent tunes that ran the gamut from folk to trip-hop to electronic pop. “Pretty cool night,” said promoter Sean Moeller. I’d have to agree, and I’m sure those who showed up do as well . . .  Read More

Beach Slang Speaking Your Language With Show At Codfish Hollow 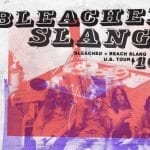 Beach Slang will be chatting their way into Codfish Hollow Barn in Maquoketa, Iowa, on Saturday. Their 7 p.m. show also includes opening acts Bleached, Campdogzz and Hunny. Also coming up on the Moeller Nights schedule, Mr. Little Jeans with special guests will take place at 7 p.m. Saturday, Nov. 12 at the Village Theater in the Village of East Davenport. This show is selling out across the country. You have this one chance to see her in an intimate environment before she blows up. The shows are all ages. For more info and tickets, see https://www.facebook.com/moellernightsinc/?fref=ts.  Read More

Still regret missing Vampire Weekend playing at Huckleberry’s Pizza way back in the Daytrotter beginnings a decade ago? Now’s your chance to check out one of the band’s primary members, Chris Baio, during one of the Moeller Nights concerts this week. It’s an action-packed week for the former Mr. Daytrotter and here’s the schedule for Sean Moeller’s shows: Thursday, Oct. 20 — BAIO (featuring Chris Baio of VAMPIRE WEEKEND!!) w/special guests to be announced at The Village Theatre (7 pm), Davenport, IA; TICKETS ON SALE NOW!! Monday, Oct. 24 — DILLY DALLY, Archeress (record... Read More