There Will Never Be Another Paula Sands 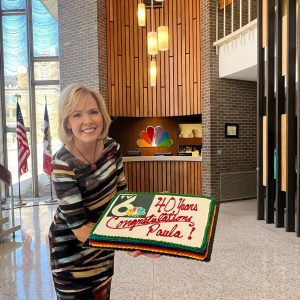 A local icon celebrated her 40th anniversary this week. Paula Sands took time out to look back upon four decades at local NBC affiliate KWQC-TV6, a career that’s gone from her being a local-girl-done-good to being a legendary broadcaster, an incredible positive force in our community, and someone who will never be replaced. Certainly there are well-known media figures and other people of note on the local scene, but I’ve always maintained that there’s really only one local celebrity, and that’s Paula Sands. Some people love her, some people like her, some people take issue... Read More