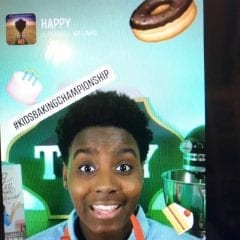 A Davenport teenager is baking up something really special for his holiday break this year — 13-year-old Trey Gordon will be a contestant on the Food Network’s Kids’ Baking Championship! Trey shared the awesome news on his Facebook page, saying, “I have a huge announcement! I am so excited I’m able to tell you guys this.  I am going to be on Kids Baking Championship, season nine, with Food Network. Tune in on December 28 for a two-episode premiere!” Even at a young age, Trey has had a distinguished career in the arts and other pursuits. He’s been on stage... Read More