Why Isn’t The Latest UFO News Getting More Press Than Will Smith? 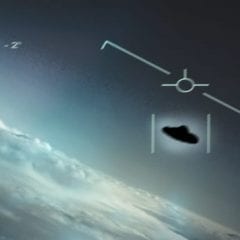 Here’s my last take on the Will Smith and Chris Rock thing: We need to stop ignoring the fact that various government agencies have admitted over the past year that UFOs are real. Not even kidding. I know, I know, I usually joke around about conspiracies and such in this column, but this is real — the government has admitted that UFOs exist. And instead of concentrating on ridiculous crap like Will Smith, the Kardashians, Kid Rock, Bhad Bhabie, and various other moronic garbage, it’s kind of stunning that more people aren’t interested in, and talking about, this shocking... Read More

There have been a lot of horrible things going on in the news lately. So I think it’s time we had a difficult discussion on a sensitive topic that, quite frankly, I’ve been avoiding talking about for a while. No, not my relationship with Kim Kardashian. (Fifty feet MEANS fifty feet, Kanye!) But rather, the fact that Avril Lavigne possibly died (or was murdered) and replaced with an Illuminati body double. I know, I know, I know… you’re like, “Oh Sean, EVERYONE knows about that!” But what about the one or two Amish folks out there, who are just getting onto the... Read More