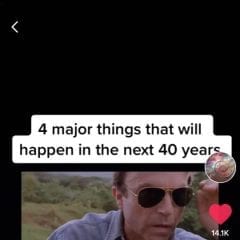 I always love it when a batcrap crazy conspiracy theory gets trumped by an even more insane one, and so, imagine my surprise and delight this week. I’d already been getting ready to write about the conspiracy theories surrounding the death of Queen Elizabeth, which included her being a lizard person, her being a clone, her being a body double for the real Queen who was an immortal lizard person who was going to now possess Meghan Markle’s body, and, not to be outdone, that she was assassinated as part of the plot to reinstate Donald Trump as president, known, like an ’80s hair... Read More