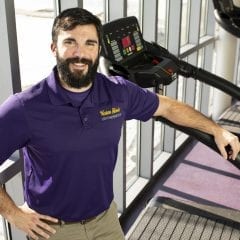 Western Illinois University Assistant Director of Campus Recreation Brian Thomas has been named the Al and Elaine Goldfarb Civil Service Employee of the Month for February. Thomas began work at WIU in January 2018 in his current position. He was transitioned to Civil Service, with the same title, in February 2019. According to his nominator, Thomas does a good job keeping the mood light and keeping others calm during stressful situations, such as moving students from quarantine and isolation housing during the pandemic. “He has put his own welfare aside to assist more than 60 WIU students,”... Read More 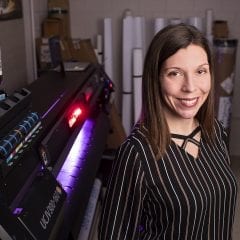 Western Illinois University Visual Production Center (VPC) Graphic Design Manager Natalie Divan has been named the Al and Elaine Goldfarb Civil Service Employee of the Month for January. Divan started at WIU in January 2004 as an extra help employee, graphic designer I, in the Curriculum Publications Clearinghouse. She was hired full time in October 2004 as a graphic designer I. In January 2005, Divan was reclassified by audit to graphic designer II, which was changed to graphic designer associate in February 2009. She was reassigned from DPS, formerly CPC, to Facilities Management in July 2014 and... Read More