Will The Force Be With Disney’s New ‘Obi-Wan Kenobi’ Miniseries? 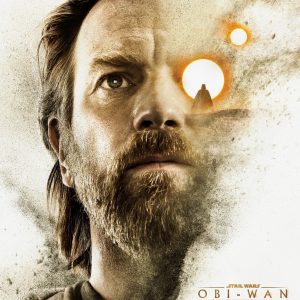 One of the most anticipated shows of the year — for “Star Wars” fans, at least — has debuted on Disney plus. “Obi-Wan Kenobi” was originally slated to debut today, but late last night, Disney plus surprised everyone by dropping the first two episodes on the sly. I’ve been waiting for this for a while. I’ve always been a big fan of the character since Ewan McGregor really brought him to life in the prequels, and after the horror show of the last trilogy, Disney plus has done a fantastic job of reclaiming and building upon the quality of the franchise.... Read More 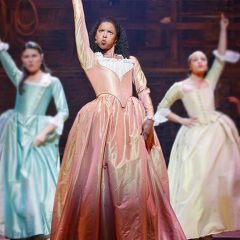 EXCLUSIVE: It’s fair to say that anyone who will attend Renee Elise Goldsberry’s outdoor concert Saturday, May 15 at Davenport’s LeClaire Park will be “Satisfied.” The beautiful 50-year-old California native — best known for originating the role of Angelica Schuyler in the Broadway smash “Hamilton” – will make her post-Covid live performance debut in the 7:30 p.m. concert, for a long-awaited evening of Broadway, pop, and soul favorites, backed by the Quad City Symphony Orchestra. “It’s kind of mind-blowing,” Goldsberry said in a Friday phone interview, noting her entire... Read More 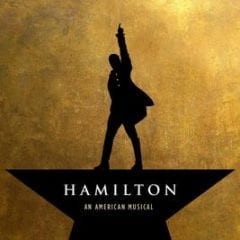 The hotly-anticipated film version of the groundbreaking musical “Hamilton” literally could not have come at a better time. Directed by its original Broadway helmer Thomas Kail, over three days in June 2016 (with and without audiences), the 160-minute film dropped in the early morning Friday on Disney Plus, just in time for the Independence Day weekend. After four months of deeply isolating quarantine, a horrifying pandemic that’s killed 130,000 Americans, over a month of protests regarding racial injustice, millions unemployed and confused, and a divisive, often hurtful president, this brilliant,... Read More