It’s time for our look back at the year that was in arts and entertainment, 2020. Every day between now and New Year’s Eve, Dec. 31, we’ll be posting a story painting the big picture on the year. Some days will have multiple stories, some days there was so much going on in one month we just stuck to that one. We hope you enjoy the look back, and let’s all hope for a happy new year and a much, much, much, much better 2021! Here’s today’s installment, months January and February, the two most normal months of the year. During this time, coronavirus was just a news story for the... Read More 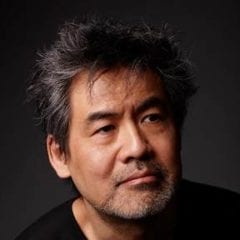 According to Time Magazine, Chinese-American playwright David Henry Hwang, “has the potential to become the first important dramatist of American public life since Arthur Miller, and maybe the best of them all.” Hwang has been described by the New York Times as “a true original” is best known as the author of M. Butterfly. That enduring 1988 work, which won a Tony Award, Drama Desk Award, John Gassner Award, and Outer Critics Circle Award, was also a finalist for the Pulitzer Prize. During a public lecture, Wednesday, Feb. 12, Hwang will share his experiences as America’s most-produced... Read More