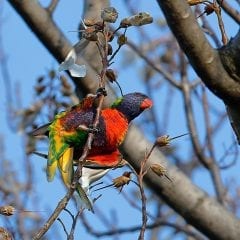 The Putnam’s next featured exhibit is for the birds. It explores bird species through themes of extinction and the role of citizen science to preserve these important members of the animal kingdom. Birds and You is an original exhibit at the Putnam Museum & Science Center (1717 W. 12th St., Davenport), set to open Saturday, Feb. 6. The exhibit will be included with general admission and remain open through mid-2021 at the Putnam, a Smithsonian Affiliate museum. The exhibit was inspired by the extraordinary decline of the bird population in North America – a 29% decline, or a loss of... Read More