The Putnam’s next featured exhibit is for the birds.

It explores bird species through themes of extinction and the role of citizen science to preserve these important members of the animal kingdom. 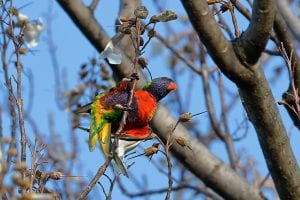 Birds and You is an original exhibit at the Putnam Museum & Science Center (1717 W. 12th St., Davenport), set to open Saturday, Feb. 6. The exhibit will be included with general admission and remain open through mid-2021 at the Putnam, a Smithsonian Affiliate museum.

The exhibit was inspired by the extraordinary decline of the bird population in North America – a 29% decline, or a loss of 2.9 billion birds, from 1970 to 2019.

A September 2019 New York Times op-ed from the director of the Cornell Lab of Ornithology called this “a staggering loss that suggests the very fabric of North America’s ecosystem is unraveling.”

The disappearance of 2.9 billion birds over the past 50 years was reported in the journal Science, a result of a comprehensive study by a team of scientists from seven research institutions in the United States and Canada.

“As ornithologists and the directors of two major research institutes that directed this study, even we were shocked by the results,” said the op-ed, co-written by the director of the Georgetown Environment Initiative. “We knew of well-documented losses among shorebirds and songbirds. But the magnitude of losses among 300 bird species was much larger than we had expected and alarmingly widespread across the continent.”

“Each of us can play an important role in bird restoration efforts,” Putnam President/CEO Rachael Mullins said. “The Quad-Cities sits on the 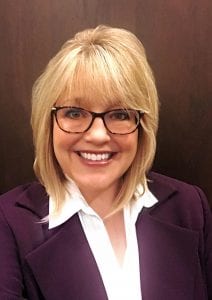 Rachael Mullins is president/CEO of the Putnam.

Mississippi River flyway, which is used by 325 bird species, including 40% of North American shorebirds and waterfowl.”

This compelling exhibit features taxidermy mounts, eggs, and nests from the Putnam’s collection, as well as a variety of birdhouses loaned by community members and partners. Exhibit activities include identifying birds by their silhouettes, doing a bird count in “Black Earth Big River,” and creating your own origami passenger pigeon. Visitors will walk away feeling inspired and equipped to help support the local bird population.

Habitat loss has been the main cause of bird declines, and efforts to reduce development in wild lands and suburban sprawl should remain at the forefront of conservation priorities, the 2019 New York Times piece said.

“Additionally, we need to address other threats killing birds. Feral and pet cats roaming outdoors cause huge bird mortality every year, as do collisions with buildings, communications towers and power lines,” it said.

Jody Millar, a Putnam partner and president of the Quad City Audubon Society, hopes the museum experience will introduce visitors to birding as a hobby and encourage them to participate in regional Audubon Society bird counts.

“A walk through the Black Earth Big River area should be fun,” she said. “Many birds have been placed here in a life-like setting. While folks walk through and search for birds, they will have an opportunity to learn more about birds and to sharpen their birding skills.” 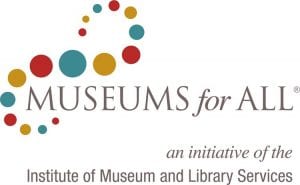 The Putnam is a new member of the national “Museums for All” program.

The next QCAS bird count is scheduled for Feb. 12-15 (The Great Backyard Bird Count). For more information, visit www.birdcount.org/participate.

As of January 2021, the Putnam is a member of Museums for All, a signature access program of the Institute of Museum and Library Services, administered by the Association of Children’s Museums, to encourage people of all backgrounds to visit museums regularly and build lifelong museum-going habits.

The program supports those receiving food assistance (SNAP) benefits visiting the Putnam for a minimal fee of $1 per person, up to a household of two adults and three children, with the presentation of a SNAP Electronic Benefits Transfer (EBT) card. Similar free and reduced admission is available to eligible members of the public at more than 500 museums across the country.

Museums for All is part of the Putnam’s broad commitment to seek, include, and welcome all audiences.

“The Putnam is pleased to join museums across the country in the Museums for All program,” Rachael Mullins said. “The program will 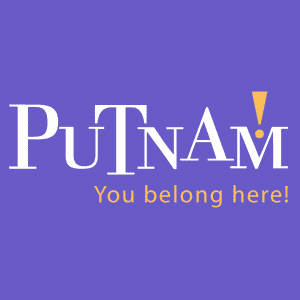 welcome even more families to the Putnam and allow us greater representation of and impact on the community we serve.”

Museums for All helps expand access to museums and also raise public awareness about how museums in the U.S. are reaching their entire communities. More than 500 institutions participate in the initiative, including art museums, children’s museums, science centers, botanical gardens, zoos, history museums, and more. Participating museums are located nationwide, representing 48 states.

For more information on the new bird exhibit, visit putnam.org/Exhibits/Featured/Birds-and-You. For groups, or to plan your visit, call 563-324-1933.

The Putnam exhibit admission is included in the price of general admission — $9 for adults, $8 for youth (ages 3-18), seniors, college students and military. Through the Putnam’s “Museums for All” program, admission is $1 per person for households (up to 2 adults and 3 children) with the presentation of an EBT card. Admission is free for members.

For more information on the local Audubon Society, visit https://www.quadcityaudubon.org/.