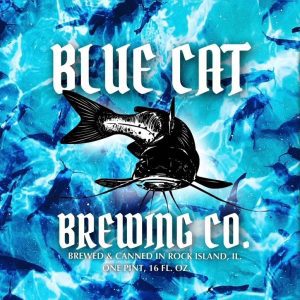 The new, revamped Blue Cat Brew Pub has reopened TODAY at its traditional spot, 113 18th St., Rock Island! The revamped brew pub and restaurant will feature a number of old favorites on its beer and food menu as well as some new flavors. A temporary menu (see pictures) will be available initially as the new Cat makes its transition from the previous incarnation as Big Swing Brewing Company. The first eight brews on tap will include Vino #1, Boch Nelson, Back on Track, Baby Behre Scottish Export, Birthday Cake Stout, Blue Cat Blonde, Off the Rail Pale Ale and Wigged Pig Wheat. More information about... Read More 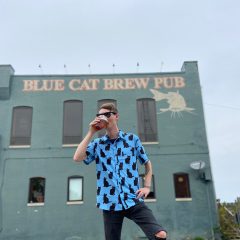 BREAKING NEWS: After nearly four years, the Blue Cat Brew Pub is making its return to The District in Rock Island. The classic Blue Cat beer recipes will be resurrected under a new brewer. Charlie Cole has joined the current ownership group and will take on the Head Brewer role after having been a previous brewer at five breweries including three in the Quad Cities. Blue Cat Brew Pub was originally opened in 1994 by Dan Cleveland and his sister, Martha Cleveland. During the 1990’s the brewpub earned 11 awards in the World Beer Championships. The siblings chose to retire in 2017 and sold the... Read More

Have Good Memories Of Blue Cat? Want Your Favorite Menu Items To Stick Around? 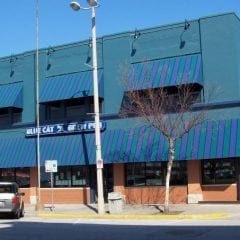 Since opening in 1994, Blue Cat Brew Pub has been one of the favorite hangouts, restaurants and brew pubs for thousands of Quad-Citians, and been the spot for many great memories. As we near the Blue Cat’s closing date of Aug. 31, we’re asking you to share your favorite Blue Cat memories and menu items with us! Please feel free to email your favorite memories to Sean@QuadCities.com. This will be for an upcoming story about the Blue Cat, its customers and people’s favorite memories of the local hot spot. Also, please email your favorite Blue Cat menu items and beers to us as well at Sean@QuadCities.com.... Read More