Big Nate Stomps Into Circa ‘21 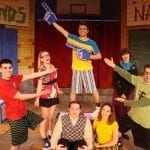 One of America’s most popular children’s-book and comic-strip characters is set to come to life in a brand-new way, as the Circa ’21 Dinner Playhouse stages the area premiere of the family comedy BIG NATE: THE MUSICAL. Running through May 13, this charming, hilarious treat based on writer/illustrator Lincoln Peirce’s beloved creation is filled with songs and spirit, and boasts a sensational cast of professional talents. Circa ’21 will present BIG NATE: THE MUSICAL on scheduled Tuesday, Thursday, Friday, and Saturday mornings and afternoons through May 13. Morning performances,... Read More 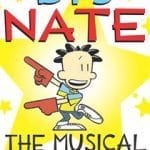 Circa ’21 Dinner Playhouse is pleased to announce auditions for their Spring 2017 children’s musical, Big Nate, The Musical. This new musical is based on the popular character created by Lincoln Pierce and will be a Quad Cities premier. Following a recent production in Washington, D.C., the critic from DC Theatre Scene noted that [Big Nate] is “bursting with energy and fun music, great lyrics and true to life comic strip characters. Big Nate, based on the familiar comic strip, is a rocking fresh bundle of raucous fun.” Auditions will be held Sunday, March 12th at 10 a.m. at the... Read More