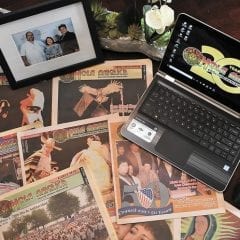 Join Local Organizations as They Stick It to Cancer! 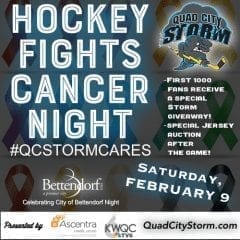 Join Ascentra Credit Union, Quad City Storm and Gilda’s Club Quad Cities as they decorate the ice with the names of those that have been affected by cancer! Paint the Ice Night – Cancer Night takes place this Wednesday Feb 6 at the TaxSlayer Center (1201 River Drive Moline). This event is free and open to the public. From 10 a.m. – 7 p.m. anyone can stop by to paint the names of those they want to honor directly on the ice. The names will remain on the ice for the Saturday Feb 9 game against the Peoria Rivermen. The Saturday Feb 9 (7:10 p.m.) game against the Peoria Rivermen will also serve... Read More