Sean Leary May 20th, 2022 Rock Island, Education, Local News & Happenings Share:
Every year the Rock Island-Milan School District hosts its “Medal of Honor” program. The program was held at the Holiday Inn in Rock Island.
The purpose of this award is to honor outstanding students who have proven themselves to be all-around good students, good citizens, and caring individuals who bring with them a positive force that helps to influence the school to be a better place to learn and grow.

Each school in the district asked its faculty to select students based on the following criteria: makes the most of his/her talents; makes others a priority and demonstrates this by helping without being asked; volunteers his/her time, energy, and talents to the school; has a consistently positive attitude; exhibits a good sense of humor; respects himself/ herself and others; is honest; demonstrates commitment and responsibility through good work habits, attendance, discipline, and on-time behavior; and listens to the needs and concerns of others. 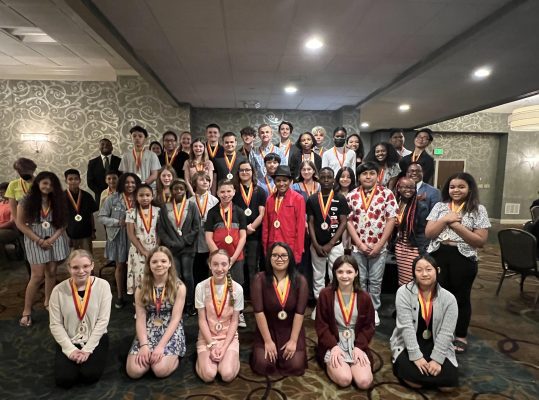