It’s As If ‘Will And Grace’ Never Left

As if we’ve never said goodbye…

When we last saw our beloved Will & Grace, their kids were grown up and marrying each other. Naturally a reboot was expected to stay on course and reveal what’s happened to everyone, right? Wrong. What is revealed in a hysterical game of Heads Up – and one of the best openings in sitcom history – is that all of that nonsense was the product of one drunken Karen Walker and her wandering mind. 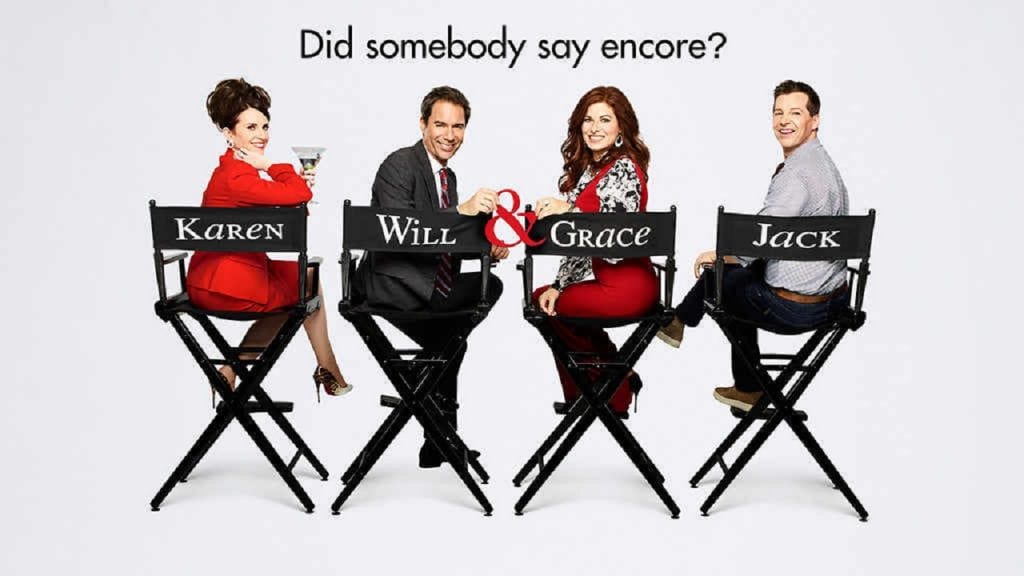 Within seconds, the Will & Grace creators crossed that off the list of their viewers score cards and moved on. It was It was succinct and it was brilliant.

This classic sitcom was born again, firing on all cylinders and more importantly, never once felt rebooty. It felt new and fresh and while it relied on the on the same type of fast and current jokes, it never felt like they were hitting you over the head with that corporate Remeber-How-That-Worked-Last-Time battle axe. It came close but instead made of fun of itself a number of times and I always dig that.

As for the performances, it is as if those actors never left those characters behind. Michael McCormick and Debra Messing have that awkward spark, Sean Hayes is blazing with the soul of a thousand My Little Ponys and Megan Mullaly is wonderfully wasted. The chemistry is confetti cannon-ing and the creators have chosen – wisely chosen – to not allow Jack and Karen to overstay their welcome. They are the supporting heroes and they know that’s exactly how we like them.

The only major quibble is the narrative set in the pilot: the whole Oval Office / Dating a Politician thing. Yea, it can go. It wasn’t a major annoyance at the time but the next day blues have set in and now it is. I would love to go 90 minutes without Trumpy finding his way into every conversation. I know, I know… he’s a hot topic but come on! There were some clever digs, yes, and some laugh out loud moments connected to the Reality Pres but do we need focus even more attention on him? Other than that, despite the brief – very brief – second act of a classic (and as I’m now older – annoying) You-Can’t-Do-That-But-I-Can-Will-And-Grace scuffle and a tiring reference to Cheetohs, which is a lame joke already but is even more lame coming from the witty and brilliant Max Mutchnick and David Kohan, the show seemed solid and well on its way to becoming an instant classic all over again.

As they did in my teenage years, these four zany characters have stolen my heart and I’ve fallen in love all over again. I’m all aboard this this crazy train again and can’t wait to see where it takes me. Oh, honey, I’m so glad you’re back… Show me what ya got, gang!

Tristan Tapscott
Tristan Layne Tapscott has been dubbed the “Quad Cities’ P.T. Barnum” and although the person who initially said it meant it as an insult, he happily accepts the title.
See More Articles From Tristan Tapscott
Tagged: Debra MessingMegan MullaneyMichael McCormickSean HayesTristan TapscottWill and Grace