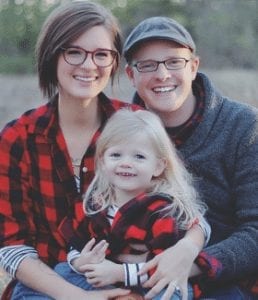 The Golden Globes are well known for being, to quote Ricky Gervais, “a bit louder, a bit trashier, a bit drunker” and it typically lives up to the hype. This year? Not so much. The tone still had that air of who-the-fuck-cares but was low key, somber and all over the place. Here are some thoughts on the evening!

The night started off with a bang featuring one of the best cold opens I’ve seen in years. Appropriately, Fallon led a star studded spoof of La La Land which included hysterical cameos from Tin Fey, Barb and the kids from Stranger Things and an eloquent and oddly romantic moment in which Fallon and Justin Timberlake danced among the stars. The bar was set high and as Fallon took the stage, the teleprompter malfunctioned and he was left to his own devices. It left me thinking, “didn’t you rehearse this? Don’t you remember at least the outline?” But then again, I’ve never hosted a show in front of that many celebrities/millions of viewers at home. I am sure there’s a lot of pressure in the gig but still Fallon left us pretty flat and never recovered, setting an unfortunate tone for the evening.

Notoriously unpredictable, the first award of the night for Best Supporting Actor went to Nocturnal Animal’s Aaron Taylor-Johnson over anticipated winner Mahershala Ali for Moonlight. Ali has been a front-runner across the boards and you could feel the room in shock over the upset.

Moonlight just changed the game in the Best Picture category. For the last few months it has been touted that the Awards season feature a dual between Manchester by the Sea and La La Land and with this surprising win, it will look like Moonlight will face the musical juggernaut.

Thank God. We needed this. It was delightfully awkward and I can always appreciate a long con joke that leaves the audience unsure if they should laugh, cry or both. They helped bust the uncomfortable vibe in the room as they presented Best Animated Film.

Two of my favorite hot messes together on the same stage? YES! These two comedic masters were messy, irreverent and absolutely stunning. If their chemistry is half as good in their upcoming movie Snatched, we are in for a solid and hysterical times at the movies.

The baby goose won this much deserved Golden Globe for his quadruple threat work in La La Land. Calling it “one of the best experiences” he’s had, it is truly impressive performance and I am thrilled he pulled through for this win. Gosling gave a touching tribute to his partner Eva Mendes, his daughters and Eva’s brother who passed away this past year. It made me want to evaluate myself as a human being and adjust my life! It was a funny, honest and eventually a heart-wrenching moment.

Laurie brought the funny with his speech after winning for The Night Manager. “I won at the last ever Golden Globes. I don’t mean to be gloomy, it’s just that it has the words Hollywood, Foreign and Press in the title.” Poking fun at our current political climate, Laurie elicited some serious laughter and applause and seemed to break the ice on the political commentary for the evening.

Being the inspirational junky I am, it’s no surprise that I loved Stone’s speech. She thanked her family, her agent, her costar, the studio, etc. but threw in a terrific take-a-away for any aspiring artist. Stone said, “This is a film for dreamers. For any creative person who has had a door slammed in their face, metaphorically or literally.” What a beautiful tribute to artists everywhere who are struggling to find their place at the table.

A true highlight for me was Viola Davis’ speech about Meryl Streep as she presented the legendary actor with the Cecile B. DeMille award. Capturing what we all feel about Streep, tears welled up and inspiration struck as Davis navigated through a personal story about her first time working with “Dame Streep.” Davis finished by saying, “You make me proud to be an artist. You make me feel that what I have in me — my body, my face, my age — is enough. You encapsulate that great Emile Zola quote that if you ask me as an artist what I came into this world to do, I as an artist would say, I came to live out loud.”

After a rock star introduction from actress the incomparable Viola Davis, Streep took the stage as only Dame Streep and illuminated all of us worldwide with an astute breakdown of how the Hollywood Foreign Press is made up of “the most vilified segments of American society right now”: Hollywood, foreigners and the press. She went on to pay tribute to the many actresses in Hollywood that come from other lands across the world and what good they’ve done in not only Hollywood but across the world. She then segued seamlessly into the political realm and took Trump to task for his foul character referencing an instance from the campaign that none of us are soon to be forget.

“An actor’s only job is to enter the lives of people who are different from us and let you feel what that feels like,” she said. “And there were many, many, many powerful performances this year that did exactly that – breathtaking, compassionate work. There was one performance this year that stunned me. It sank its hooks in my heart. Not because it was good – there was nothing good about it – but it was effective, and it did its job. It made its intended audience laugh and show their teeth. It was that moment when the person asking to sit in the most respected seat in our country imitated a disabled reporter: someone he outranked in privilege, power and the capacity to fight back. It kind of broke my heart when I saw it, and I still can’t get it out of my head because it wasn’t a movie – it was real life.”

Streep’s words were powerful and it made me want her to run for President in 2020. Maybe this was the first of many campaign speeches?! Probably not, but a man can dream! We have a reality TV star in that seat now… the sky is the limit! Any ceiling – glass or otherwise – has now been broken.

La La Land was the Hamilton of the Golden Globes. It was a historic night as the soon to be iconic movie musical took home a record breaking seven awards in total. Twas a triumphant night for an epic and wondrous film. This record breaking win has set it up nicely for the Oscar voters and it is my prediction that La La Land will sweep the Oscars as well. I have now seen this film twice and will be seeing it again and again and again as it has renewed me completely. I am all about dreaming and this movie came into my life at just the right time.