‘Dearly Beloved,’ Gather At Richmond Hill For A Good Show

There’s a moment in Richmond Hill’s “Dearly Beloved” where you get Heidi Pedersen, Valeree Pieper AND Diane Greenwood on stage sparring and spewing some southern “hospitality” and for a moment you forget you are watching three local theatre icons and instead feel as if you are accidentally witnessing a real family feud.  Ultimately, that’s the goal of theatre: “to pretend with authority,” as actor Willem Dafoe says, and in most productions – amateur and professional – that is fleeting and is not a notion played on repeat. Lucky for Richmond Hill and Director John VanDeWoestyne, rock star level pretending is the rule and rarely the exception.

I have to admit on the outset, however, that while I was excited to see some of my favorites on stage, I 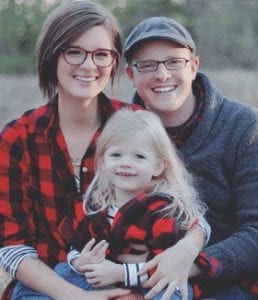 wasn’t necessarily keyed up about the material. Having seen several Jones-Hope-Wooten comedies, I have yet to find one that I’ve enjoyed and have seen professional productions flounder with the material.  I have always found them filled with jokes that don’t quite work, rather bland and without any heart. And while, I would not list “Dearly Beloved” as one of my personal all time favorites, I can safely say I have found a Jones-Hope-Wooten piece that I do really enjoy. It still feels like a long sitcom where the jokes are stretched to satisfy regional theatre run times but there is enough charm and heart to keep this one watchable.

Set in the fictional (I think?) Texas town of Fayro, Texas, “Dearly Beloved” is really about all of us. I say that because as the play progressed into mayhem, you could see audience members relating to the material as whispers of “Oh my god, that’s our family!” infected the entire audience. On more than one occasion, my wife said to me, “I didn’t know they wrote a story about our wedding day!” It’s that kind of familiar fun.

In the hours leading up to the big day, chaos ensues and we’ve got enough material here to make a sitcom last for an entire season: a missing bride and groom; a drunk beau; a cute dimwitted fella with a wagon; a palm reader; a classic villain in-law; the boisterous wedding planner/florist/bus operator; a sexpot being ravaged by menopause; a bridesmaid with a penchant for men in uniform…and more… There’s a lot to unpack here it never completely derails into unbelievable territory. It rides that line, to be sure, and it’s not really making any big statements on humanity and that’s ok; it entertains. And right now, if we are to be honest, that’s all we want and all we can really handle.  It’s a classic family affair where anything that can go wrong will go wrong and anything that shouldn’t be said will be said. It’s safe and it’s charming and it’s uncomfortably comfortable and most of all, really, really fun.

VanDeWoestyne’s cast is at the center of the play’s success; they are having a blast and that is infectious. Jan Golz is a treasure to the Quad City theatre scene and her dry and no nonsense wedding planner/florist/bus operator Miss Geneva Musgrave garners great laughs just by entering the room as does Archie William’s over-the-top drug infused Wiley Hicks. Heidi Pedersen’s villainous Patsy Price is wonderfully calculated, poised and, at one point, I thought she was going to elicit boo’s and gears from the audience; she’s that good at being that mean (Hey, Disney! You need a Cruella Deville?!). The ensemble is strong: Stan Wiemer and Larry Lord each deliver believable (and hilarious) portrayals of small town good old boys; Nolan Fassett is extremely affable as the young UPS man eliciting some of the evening’s biggest laughs; Dana Skiles’ performance of the twin sisters was charming and effective; and Zoey Sloane’s cameo was entertaining albeit too brief.

But, the true stars of “Dearly Beloved” are the Futrelle sisters: Lorrie Lord (Frankie), Valeree Pieper (Twink) and Diane Greenwood (Honey Raye). Lord delivers a subtle and touching performance as the grounded sister, Frankie, while Valeree Pieper (a personal favorite since I saw her absolutely kill it as Dolly Levi years ago) gives a wonderfully comedic, manic and layered performance as Twink. Pieper is always fun to watch but she really surprised me with this performance; she has a stark realness to her and it was fun to watch Pieper work in such a close proximity (one of the many wonderful things at the Richmond Hill setting).

Then there’s Diane Greenwood. Oh, Diane Greenwood. I’ve always been a fan of hers and I’m always impressed with her but like Pieper, she surprised me, too. And look, whatever Greenwood is having before the show, I will take some. Her turkey carving skills aside (it’s too funny to spoil), what Greenwood does here is provides a master class in endurance, comedic timing and generosity. It’s really something. Somehow she manages to chew all the scenery but just before it’s gone (and you don’t think there will be any left for anyone else), she throws it to her co-stars and lets them have their moment. It’s also lesson in chemistry that I don’t see often on the local stages.

It is Mike Skiles’ performance as Raynerd Chisum, though, that topped my list of things I loved about “Dearly Beloved.” It’s surprising as the character only appears a few times and delivers a handful of lines, but Skiles is so damn lovable you will remember him long after you leave the theatre. Skiles delivers a wonderfully real and nuanced performance of what really is a simple walk on role but in his hands it becomes so much more. It got to a point where I got excited to him and his little wagon and so believed in the world he inhabited.

Utilizing every inch of the intimate Richmond Hill space, Director John VanDeWoestyne (another longtime local hero of mine) makes it feel less “in-the-round” and more environmental and it worked extremely well for this piece. Despite a dialogue hiccups and a few set changes that went a little longer than I’d prefer (and I understand they were not necessarily avoidable), VanDeWoestyne keeps the pace moving and earns the moments where the piece can take its time; they don’t make everything important so that the key moments can really land. When you have pros on the staff (including Jennifer Kingry, one of the best lighting designers around and Suzanne DeReu with some exceptionally funny costume choices) and on the stage, you can’t really go wrong.

And you can’t really go wrong with this space; it makes you engage and immerse yourself in the world of the play. I am always a being up close and personal and being able to feel immersed in the experience and it’s hard to avoid in these smaller theatres. Often times, in the vast caverns of some of the local theatre joints, the energy and emotion gets lost and there’s a detrimental disconnect between the audience and the performer and I’ve never thought there should be. That is what makes Richmond Hill special and what makes this particular production special as well.

Red Skelton once said, “No matter what your heartache may be, laughing helps you forget it for a few seconds.”  Richmond Hill’s production of ‘Dearly Beloved” will keep you smiling and laughing for a couple hours so why not gift that to yourself? Go ahead: have fun and as my friend Doug would say, “Buy a ticket, see a show!”

A Southern-Fried Comedy by Jones, Hope and Wooten 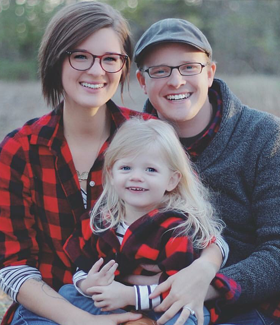 Tristan Tapscott
Tristan Layne Tapscott has been dubbed the “Quad Cities’ P.T. Barnum” and although the person who initially said it meant it as an insult, he happily accepts the title.
Tagged: Dearly BelovedDiane GreenwoodHeidi Pedersonlocal theaterRichmond HillTristan TapscottValeree Pieper