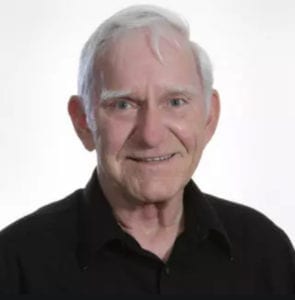 I was never a big fan of Jim Fisher’s show.

I know him personally, but not very well. I was a guest on his show a handful of times (where we would often disagree, on live radio), and when we ran into each other in social situations, we could get along fine as long as we avoided any hot button topics. As a person, a human being, I got along with him alright because we had a fairly superficial small talky interaction.

But I can’t say I was ever a fan of his show. It’s not just that Jim and I often disagreed on topics and politics, it’s that the show, especially in the last decade, went off into a deep end of ridiculousness that made me roll my eyes every time I was in the company of someone who was listening to it, and by proxy, forcing me to hear it.

But that said, the world does not revolve around my personal preferences, as much as I would love for it to do so. Different people have different preferences and opinions, to which they are entitled in a society with free speech and a variety of expression. And there were those, to be sure, who loved Fisher’s show and will miss it.

I begin my column this way to say that this isn’t going to be an obsequious farewell to a person or item of pop culture and media I loved and felt was a vital part of my life.

No, this is a column that’s about giving credit where it’s due, and being fair in calling out something when it’s wrong.

And it was wrong, egregiously wrong, the way “I Heart Radio”*, the owner of WOC, treated Jim Fisher.

Fisher was fired this week, immediately and without warning. Taken off the air, off his afternoon show from 2-5:30, and unceremoniously replaced by a syndicated spewing of bloviating asshat Sean Hannity. The move was part of the new “I Heart Radio”* philosophy, which the company is spinning as a bunch of placating bullshit about “employee dislocation,” but which is essentially “let’s get rid of anyone local that we have to pay and provide benefits to and replace them with a bunch of syndicated stuff that will cost us considerably less money so that we can jerk off our shareholders and overpay our executives.”

And along those lines, they unceremoniously kicked to the curb Fisher, a guy who basically made WOC into what it was and is, a broadcast veteran of 60 years, who started with WOC 40 years ago in 1980 when the station first switched to talk radio. The guy, love him or hate him, helped create and foster the medium in the Quad-Cities and for decades helped define it and carry the brand of the station from the local side. Countless morning shows and other jocks came and went, but there was always Fisher, anchoring the afternoon spot.

But some of you, some of you, remember that time when Fisher first started and ruled the local airwaves with the then-revolutionary format of talk radio. It celebrated its heyday alongside the rise of his career, in the ‘80s and ‘90s, before falling off and plateauing in popularity over the last two decades, into its current state of “average listener not only knows who Betty Grable and Errol Flynn were, but probably had a crush on one, or both, of them.” But throughout the ups and downs, Fisher shouldered on. Through health issues and personal issues and personnel changes, Fisher shouldered on.

There’s a romanticism to that work ethic. One which used to mean something in this country. You go to work. You show up. You give your best. You work hard. You toil through adversity. You take pride in what you do. You do your best for your employer, and, in turn, you’re rewarded by them, you’re rewarded through that system. You could hear Fisher talk about it often. That American dream. That work ethic. It’s something that, regardless of politics, I think a lot of us share, and something that I’m certain a lot of Fisher’s audience, many of whom were raised through very different economic times, took pride in and represented.

Fisher was certainly well into retirement age. And so, it would’ve been appropriate and considerate for the station, if it needed to let him go, to allow him to do so under the umbrella of retirement. It would’ve been good for them to give him two weeks, three, maybe, to sign off on his own terms. Have on his favorite guests one last time. Talk about his favorite topics. Actually be behind the microphone, at the station he helped make, helped put on the map, helped continue to succeed, to say goodbye, so his audience could hear his voice once last time, hear him signing off.

I’m absolutely certain that if they’d had the chance, the local management of the station would’ve allowed him to do that. This move isn’t their fault. They’re just following orders, doing what they’re told they have to do, which is an uncomfortable job for anyone, especially when you have to deliver it to a 40-year veteran.

No, the local folks aren’t the ones at fault here. It’s the spineless, greedy, cowards of the ironically and Orwellian named “I Heart Radio”* who are to blame. Not just for Fisher, but for the hundreds of other people across the country that they let go this week due to those executives’ own decades-long incompetence, greed and cluelessness. They sat back in their lush offices, and while spinning bullshit press releases about how important “being local” and “the people” are, they looked at their long list of “local people” and all they saw were lines on a ledger.

And after all those decades of hard work. After all that espousing of the importance of showing up, of work ethic, of being rewarded for a hard day’s work, after all that time talking about the greatness of the American dream, Jim Fisher woke up to find that that’s all it was, and that all he was was a line on a ledger.

Not to his fans. Not to his listeners in the Quad-Cities. Not to the station that, if it were locally-owned, would’ve given him the signoff he deserved.

He deserved a lot better.

And whether you loved him or hated him, after 60 years in the business, after 40 years of putting talk radio and WOC on the map here, you have to admit he definitely earned it.