Sean Leary October 31st, 2022 Reviews, Local News & Happenings, Food Reviews, Food, Business, Doc Kaalberg Share:
My spotlight today is for my good friend Stephen.
For three hours on a Sunday afternoon 2 years ago, I had the pleasure of sitting down with Stevies Eatz to chew the fat. (Pun intended). Tonight I will spend a few more hours hanging out with Stephen Dearborn, BBQ’er, Chef and most of all good friend.
Stephen Dearborn, was one of those up and coming Ghost Chef’s, that took his game professional, if you will. His dream 2 years ago was a lofty one, attainable, but lofty. The tools he used to get to his level now a lot of love, dedication and imagination. 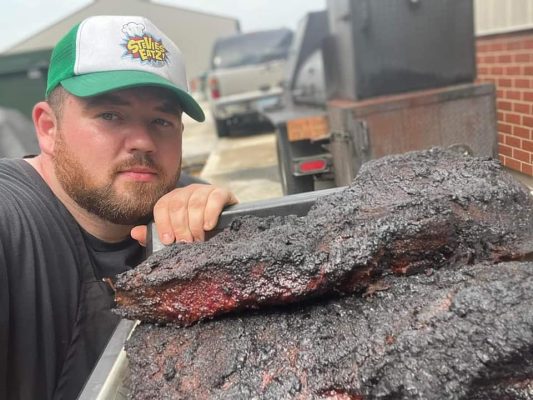 The first question I ever posed to the man behind Stevie’s Eatz was a simple one, what’s the dream here? He didn’t say a million dollars in the bank, he didn’t say a new truck, his dream, is one of those American dreams. To quit his day job and do what he loves, cook BBQ for people like us, in his own kitchen. 2 years later he is half way there. The day job keeps the checks rolling in, however he has stepped up to the plate and moved his operations out of the Ghost kitchen and is now running Stevie’s Eatz out of Kilkenny’s Pub. Opening 3 days a week, catering and still running hard he doesn’t plan on slowing down any time soon. 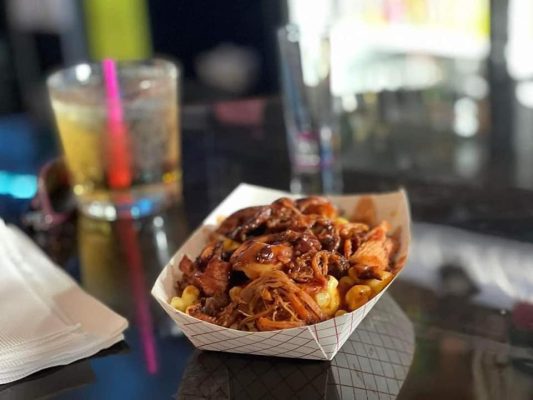 Talking to this young Chef of 33 years, you get a sense of a man whose still trying to figure things out. But he’s got a plan, and he’s traveled the roads that need to be traveled. 5 years from now, if I’m blessed with still doing what I do, I hope I can catch up with him likely on a much bigger stage. You see Stephen still has his goals, food truck, restaurant, then the world. The tools he uses to get there, is also where we come in. Whether it’s a pound of quite possibly the juiciest brisket you’ve ever seen, or the meatiest ribs on the block, his tools are the love he puts on our plates.
Any given week you can find brisket, ribs, shredded pork, spicy BBQ shredded chicken, cheesy Mac, brown sugar BBQ baked beans, his incredible butter burger, or stop in and try to get a sneak peek at his newest creations. These are all amazing, however I know and he knows they are 1% away from perfection and that’s what drives him. 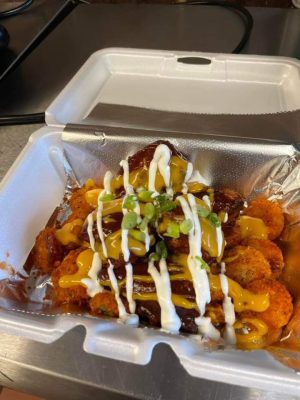 Stephen has learned a lot through his humility, it can be a hard pill to swallow for most men, but for this Chef it’s a small speed bump on his road to greatness. So what’s next? New menu items, more love, and of course a baby boy on the way. An heir to his growing BBQ Kingdom, some one to pass the tongs on to if you will.
Your friend in food,
Doc