Home › Cities › Rock Island › Whitey’s Has Finally Named Its Shake Of The Month, And It’s…

Whitey’s Has Finally Named Its Shake Of The Month, And It’s…

Sean Leary January 11th, 2021 Rock Island, Positive News, Moline, Food, Events, Entertainment, East Moline, Davenport, Business, Bettendorf, Arts & Entertainment News Share:
Maybe this is why 2021 has started off feeling so off? Because Whitey’s has waited this long to name its SHAKE OF THE MONTH!!! 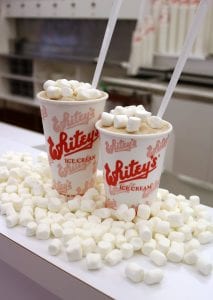 Well, you can rest easy, because the famous ice cream shop has finally, FINALLY, named its coveted Shake of the Month honor.
And the Village People approve, which, really, is what’s important here, people.
And that Shake of the Month is… Hot Chocolate.
So, here’s what the good folks at Whitey’s had to say about this Very Special shake, and how things are going to SHAKE out over the next month… or two:
Sorry we are a little delayed on announcing the Shake of the Month, but we are going to have this one stick around for January and February!
We can all pretend to warm up with the Shake of the Month, Hot Chocolate! For the next two months this shake will be on sale for the price of a Hot Fudge Shake!
Ok, Whitey’s, we love you again.
Fair enough, we never stopped loving you in the first place.