MACOMB, IL – Two Western Illinois University Department of Broadcasting and Journalism students are finishing the school year strong after a semester no one will soon forget.

The Illinois News Broadcasters Association (INBA) conference, set for late April, was cancelled due to COVID-19. The convention was supposed to be held in Champaign-Urbana, but organizers moved the competition for student awards and scholarships online. 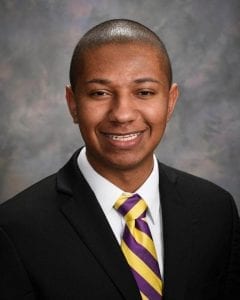 Two WIU students were also named finalists for INBA scholarships. Devin Brooks and MaKenzie Yearby competed against five other students across the state for four scholarships. Both Yearby and Brooks interviewed for the scholarships and both were awarded a scholarship of $1,775 each.

“Thank you to the INBA organization for making this financial assistance possible for students,” Brooks said. “I am also thankful that my teachers at WIU inform us of these scholarship opportunities. This will be a huge help toward my tuition, and it shows me that hard work does pay off.”

Brooks, from St. Louis, MO, is an intern at WREX-TV. He serves as a web producer remotely for WREX on the weekend and throughout the week. This is Brooks’s second summer as a quintern for WREX and third summer as a quintern with Quincy Media Company. Brooks will be a senior in the WIU Department of Broadcasting and Journalism in the fall.

“I am honored to be one of the recipients of the 2020 INBA scholarships,” Yearby said. “I am thankful for all my professors and peers who helped make this achievement possible.” 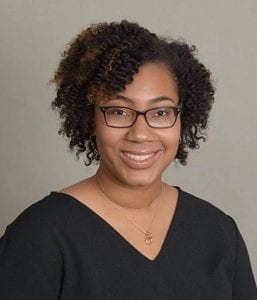 Yearby, from Kansas City, MO, graduated earlier this month from WIU and plans to continue to look for jobs while preparing to apply to graduate school. She said her dream job would be working in the marketing and social media department for a professional sports team.

“MaKenzie and Devin both have grown as people and as journalists during their time at Western,” said WIU Broadcasting Instructor Emily Manley. “Both are leaders in the department who constantly are there to help other students learn or to lend a helping hand. They are very deserving of these scholarships and I am grateful to the INBA scholarship committee awarding these two outstanding students scholarships.”

For more information about the WIU Department of Broadcasting and Journalism, visit wiu.edu/bcj.