Moline, IL – The Quad City Storm and head coach Dave Pszenyczny have agreed to terms on a three-year contract, securing the team’s only head coach in franchise history through the 2024-2025 season.  In his three seasons, Pszenyczny has amassed a regular season record of 66-68-22 and is coming off his first winning season as head coach.  During the 2021-2022 season the Storm recorded a 32-15-9 regular season record, made its first ever postseason appearance and advanced to the SPHL’s President Cup Finals.

“I would be lying if I said I wasn’t disappointed with the way our season ended,” said Pszenyczny.  “But if we focus on the season as a whole, we made huge steps as a team and organization. Our 10-game win streak, clinching our first playoff berth in franchise history, our 25th anniversary of having hockey in Quad City and advancing to the semi-finals after having to win back-to-back games on the road; there is a lot to build off.” 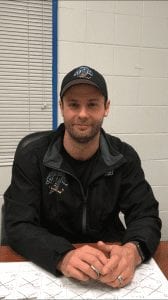 “What Dave was able to do this year, with the challenge of the extended off-season, is nothing short of incredible,” Rothenberger said.  “When you take a look at the body of work Dave has put together, from the consistent improvement year to year in the standings to the success he has had wining trades and developing talent, it is impossible to not be thrilled that we will have three more years of that growth and success.” 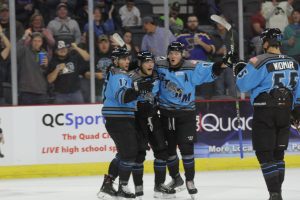 The Storm returns to the ice October 2022.  Game dates, roster updates and more will be released throughout the Summer.

“A huge thank you to the fans that continue to support us,” Pszenyczny said.  “Each and every one of you make this a special place to play, and because of this we are now becoming a destination and a team players want to be a part of. Your Storm pride is evident and we thank you!”

And as a final message for Storm fans heading into the offseason, Pszenyczny added:

“We have unfinished business next season.”