For the theatre’s first holiday children’s musical since the winter of 2019, Circa ’21 Dinner Playhouse brings a beloved series of storybook characters to life with the Tony Award-nominated sensation SEUSSICAL. Running through Dec. 26, this charming, magical entertainment was praised as “85 minutes of sweetness, humor and energetic high spirits” by the New York Times and will be brought to life in Rock Island through the tremendous talents of professional stage artists. 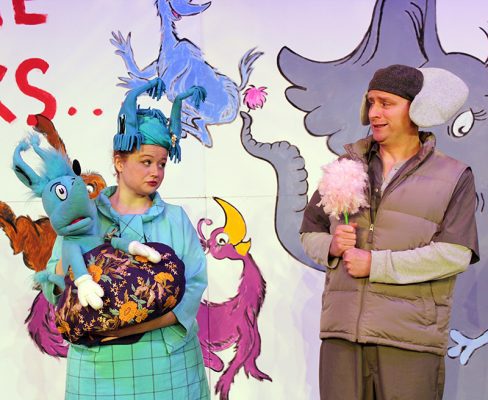 With the musical’s fanciful recreation of beloved Dr. Seuss characters and situations achieved by Tony-winning composers Lynn Ahrens and Stephen Flaherty, SEUSSICAL transports audiences from the Jungle of Nool to the Circus McGurkus. This enduringly popular family musical finds the Cat in the Hat telling the story of Horton, an elephant who discovers a speck of dust containing tiny people called the Whos’ one of whom, the Who child Jojo, gets in trouble for thinking too many “thinks.” 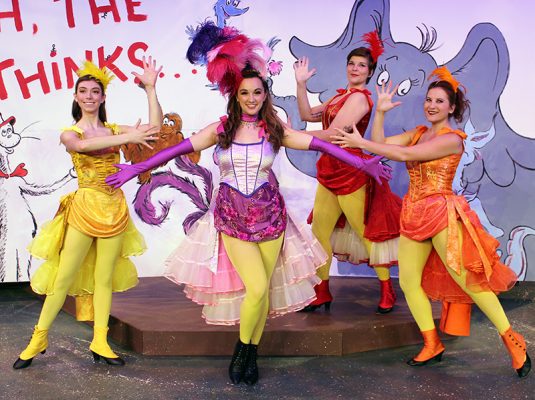 Not only must Horton protect the Whos’ from a world of naysayers and dangers, but he also must guard an abandoned egg that’s been left in his care by the irresponsible Mayzie La Bird. Although Horton faces ridicule, danger, kidnapping and a trial, the intrepid Gertrude McFuzz never loses faith in him, and what results in SEUSSICAL is a musical extravaganza that Broadway World called “a whimsical journey through the world of Dr. Seuss that’s fun for all ages.”

Serving as director and choreographer for Circa ’21’s SEUSSICAL is Ashley Becher, a castmate in the theatre’s current mainstage production “Winter Wonderland,” whose credits include Davenport Junior Theatre’s “Aeosp’s Falables” (A Rock Musical), which she co-directed alongside her husband Bobby Becher. Another “Winter Wonderland” co-star, Bobby himself plays Horton the Elephant in Ashley’s production, with additional talents from Circa ’21’s evening show also appearing in SEUSSICAL: Erica Lee Bigelow (as Mayzie), Savannah Bay Strandin (as Gertrude), Tristan Layne Tapscott (as the Cat in the Hal), and Winter Wonderland playwright Brad Hauskins (as one of the Wickershams alongside Evan Brody and Adam Sanders). 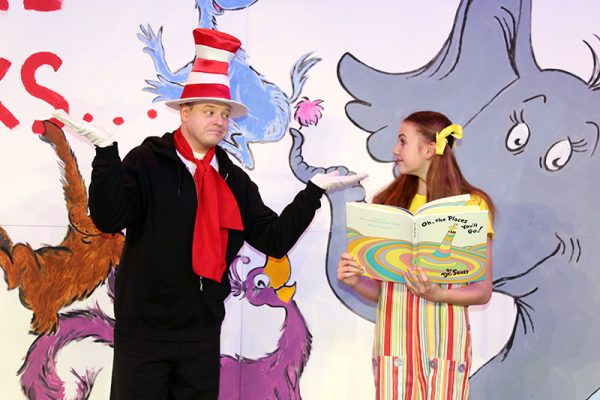 Circa ’21 is thrilled to be treating audiences to the theatre’s first children’s musical for the holidays in two years and encourages patrons to make immediate reservations at 309-786-7733 ext. 2 for the joyous, wondrous, storybook fun of SEUSSICAL!