Santa Claus will soon be coming to town, but in the meantime, he’s coming to Rock Island’s Circa ’21 Dinner Playhouse for the family adventure SANTA CLAUS: THE MUSICAL. A delightful, hour-long entertainment that Theatre Jones described as “a toe-tapping, joyous musical extravaganza,” this song-and-dance-filled treat is sure to be a popular gift for audiences of all ages and is being brought to life by a sensational team of professional talents.

SANTA CLAUS: THE MUSICAL will enjoy show-only performances at 10 a.m. and 1 p.m. through Dec. 18 engagement at the Rock Island theatre, as well as occasional brunch performances at noon with a menu featuring scrambled eggs, macaroni and cheese, tator tots, maple-brown sugar-glazed carrots, and a choice of sausage links or chicken tenders, plus a choice of water, coffee or juice box. 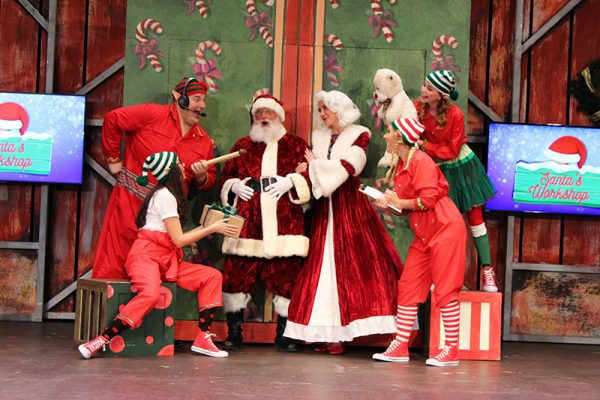 After 1,000 years of faithful service, Santa Claus has decided to retire. But not all the elves in Kris Kringle’s workshop are thrilled about his chosen replacement. With the help of his tech-savvy daughter Beatrice, Website designer Nicholas is in for the adventure of his life as he prepares to take over the reins to Santa’s sleigh before the next Christmas lands. Jingle jam-packed with a sleigh full of laughs, energetic original Christmas music and gloriously colorful costumes, SANTA CLAUS: THE MUSICAL is designed to put family audiences in the holiday spirit and was described by Arts Wave as “a jolly good time with a lesson to boot(!) that should absolutely be part of your holiday traditions.” 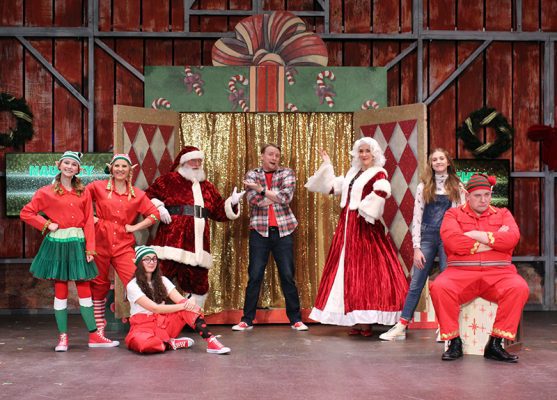 Circa ’21’s latest holiday musical is being directed by venue veteran Ashley Becher, who previously helmed such Rock Island productions as “Seussical” and “Just Desserts” and is currently serving as director for the theatre’s mainstage presentation of “Irving Berlin’s White Christmas.” The titular jolly old elf is portrayed by Janos Horvath, also seen in such Circa ’21 family entertainments as “Madagascar: A Musical Adventure” and “Jingle Arrgh the Way,” with the Santa-in-training Nicholas played by Bobby Becher, a “White Christmas” castmate also seen in “Winter Wonderland” and “Disney’s Beauty and the Beast.”

Circa ’21 is thrilled to gather this group of tremendous talents for such a delightful, debuting stage adventure and encourages audiences to quickly make reservations at 309-786-7733 ext. 2 for the hilarious, tune-filled, jingle-rific delights of SANTA CLAUS: THE MUSICAL!