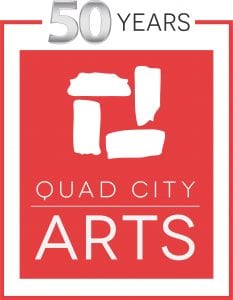 Quad City Arts has made the difficult decision not to host the 35th-annual Kwik Star Festival of Trees in person this year due to uncertainty and concern for the safety of volunteers, staff, and community as a whole regarding the Covid-19 pandemic. The Holiday Parade and all other special events will also not be held this year.

This decision was led by Festival of Trees volunteer management team with the full support of the Quad City Arts’ staff and board of directors, the regional nonprofit announced Wednesday morning. “We recognize that Festival of Trees is a beloved holiday tradition in the Quad-Cities, and while this was not an easy decision to make, we believe it is the right one,” according to a Quad City Arts release.

“This truly was a difficult decision,” executive director Kevin Maynard posted on Facebook. “The team worked this from every angle, but in the end, we kept coming back to the health and safety of our community.

“It takes 3,000 volunteers to make the Festival of Trees happen,” he said. “Over 30,000 attend annually. Thousands crowd the streets of Davenport for the Holiday Parade. It will be missed this year but will come back stronger next year.”

In lieu of an in-person event this year, they are partnering with KWQC to present a fun-filled one-hour Holiday Special to air on Saturday, Nov. 21st during the traditional parade hour, and  are asking the community to partner for a Day of Giving on the same day.

The TV special event will consist of coverage from past parades, Center Stage acts, messages from staff, volunteers, and community members as well as a message of hope from Santa himself. 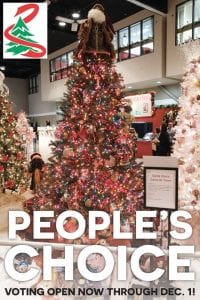 “Our goal is to set up matching donors and sponsors who will help make donations go farther,” Quad City Arts said. “We know VIP Baskets are a crowd favorite at Festival of Trees, so they will be returning this year, but with a new twist. We invite the community to join us for this special day of support and celebration that we hope will fill everyone’s hearts with holiday cheer.”

In addition, they plan to have select designs and items available for sale at the Quad City Arts  Rock Island Gallery (1715 2nd Ave.), along with other favorites like the Honor Tree and Isabel Bloom ornaments available for purchase.

Festival of Trees – the largest fundraiser of the year for the organization — started in 1986 with a small group of volunteers that believed in the impact of the arts. They set out on a mission to support bringing high-quality artists right here to the Quad- Cities, inspiring a generation of students and families through access to the arts, according to Quad City Arts. 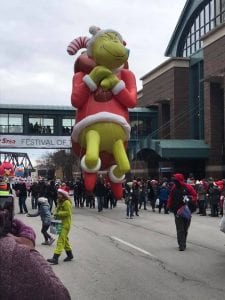 That first year, their purpose was twofold: First, be a community celebration of the holiday season. Second, raise funds for the Visiting Artist Series. Over the years, Festival of Trees has not only continued to be a major supporter of the Visiting Artist Series and Quad City Arts, but it’s also become a staple in the Quad-Cities as the unofficial kickoff to the holiday season, bringing together hundreds of sponsors and tens of thousands of supporters to experience the magic of the festival at Davenport’s RiverCenter, the group release said.

“And it all started with that group of people who believed it was possible,” it said, noting they chose the theme for this year, “Believe,” in January not knowing what the next several months had in store, “but we are invested in continuing to believe in the mission of Festival of Trees as a community event and fundraiser for Quad City Arts.”

“With that in mind, we hope to bring the spirit of Festival of Trees to the community this year through this one-day special event in support of the arts,” the release said.

“The health and wellness of our community is, above all else, our first priority and we truly believe that the spirit of Festival of Trees will be preserved this year through community connection and a commitment to supporting the arts,” it said.