When Quad-Cities musician Donovan Gustofson created QC HIVE six months ago, to help others hurt by the coronavirus pandemic, he had little idea how it would grow and flourish. 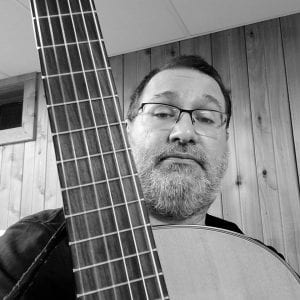 The Facebook group formed March 23 now has 6,855 members, and raised over $70,000 to support local musicians, artists, bars, restaurants and other small business owners struggling to make it after Covid has devastated the economy, as well as claiming 200,000 American lives.

“It’s been going for so long now, there are still so many people, businesses that people should be visiting, patronizing,” he said, noting the need to donate remains. “I think the donations on our end in the last couple months have been slowly dwindling. Sustaining this, I had no idea how long we’d be doing this when we started. The need is still there, but the group has run its course.”

In the past six months, Gustofson would pick a local artist or business every day and ask people to donate at least $1 and share the post.

“There are people out there I know personally who have no income. That’s where the idea came from,” he said in late March. “It’s such a giving community here, if we had enough people collecting for one person or one business a day, we could reach out a helping hand and pull them up.”

Gustofson chose the name “Hive” because thousands of bees work toward one goal. “Imagine if all those bees, and we selected one worker bee and for a day, everyone helped that bee,” he said.

Erika Adamson is a longtime friend of Gustofson who in 2018 and 2019 helped him organize benefits for the River Bend Foodbank, and has assisted spreading the sweet buzz of HIVE.

“Don has always had the wonderful ability to bring people together,” she said recently. “His concept behind QC HIVE was genius, in that it allowed swarms of individuals to band together and lift up many local artists, musicians, and businesses. I have no doubt that Don will continue to impact the community with his positive nature.” 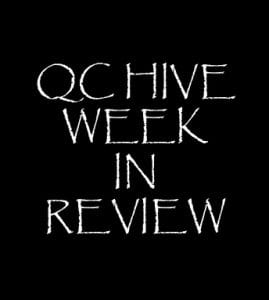 Of the nearly 180 days of the community fundraising project, about a third of recipients have been musicians, Gustofson said. Since many bars and restaurants and reopened to indoor/outdoor seating, there are more outlets for performers like him.

“That may change if there’s another shutdown,” he said. “A lot of my peers have been out doing shows, but some groups, some musicians, they’re not leaving the house, not doing any gigs for the rest of the year. It’s nice to have the option to get out and play.

“Ones that seem to be more concerned about performing, getting out, they do seem to be older, or past their spring chicken stage,” Gustofson said.

He’s been especially impressed with some people he nominated and their generosity.

Among recipients who attracted the most donations were those who work with area students – including the Rock Island-based Center for Living Arts (which brought in over $2,000) and Moline artist Aimee Ford, he said.

“It was moving to us beyond words and so helpful with keeping the lights on during the shutdown,” Dino Hayz, director and co-owner of Center for Living Arts. “I am so impressed by the heart and soul of the HIVE and immensely humbled by the response we received from them and our Center community. 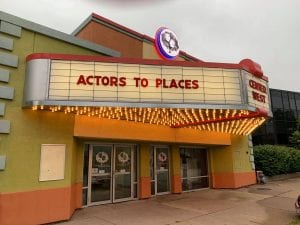 “We donated about one-third of what we received to support the other artists and businesses that were supported by HIVE,” he said. “Donovan’s heart and insight is inspiring.

“We are working with the restrictions, having our normal classes with about 50% capacity and filming our performances for on demand viewing,” Hayz said. “While we are not anywhere near where we were, at least we are still here – due in large part to the QC HIVE. Our gratitude is immense and never ending.”

HIVE first started to help musicians, and quickly expanded to bars or places that supported live music, and from there to all businesses, Gustofson said.

“The amount of messages I got from people, it was just staggering,” he said. “I think there are so many more, so many we didn’t get to. If have another shutdown, we have a working list, we can get more nominations.” 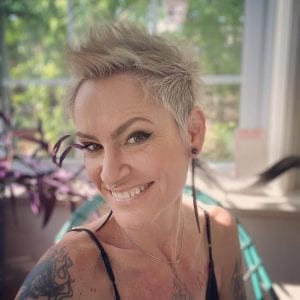 “I don’t know when things are normal again; you can go to restaurants,” Gustofson said. “I think the mindset has changed, how to live with Covid. That’s the main reason we’re seeing our dip in donations. It’s kind of run its course. On my end, I know for my wife and I, we will enjoy having some more time back.

“It’s been an amazing experience,” he added. “I’ve met so many people through this. There’s a lot to do in the Quad-Cities, you can’t be bored. There are so many great restaurants, places to go and visit, so much entertainment.”

“Some of my most dedicated people that put in that dollar every day, they’re on a fixed income. It’s really heartwarming,” Gustofson said. “I tell people, don’t support beyond your means. If all you can do is share the post instead of donate, you can do that too. I have so many avid, strong members, it’s just really amazing.”

“I’m hoping people who have been with us from the beginning, leave this experience with a better sense of community,” he said.