the vibrant culture of our downtown areas, the annual event features a variety of indoor and outdoor events including musical acts, film screenings, a comedy lineup and many art-inspired activities.

Alternating Currents is a festival featuring more than 60 national, regional and local acts over the four-day event at locations across Downtown Quad Cities including 25 locations in downtown Davenport. Now in its fourth year, Alternating Currents is organized by the Downtown Davenport Partnership (DDP), a division of the Quad Cities Chamber, in collaboration with local talent across our region’s creative community.

“Alternating Currents gives us an opportunity to showcase the businesses and vibrant cultures of our Downtown Quad Cities businesses while at the same time, it allows us to offer four days of great entertainment, much of it by local talent,” said Jason Gilliland, Director of Events for DDP.

“The best way to navigate the festival is through the Alternating Currents’ new app,” Gilliland said. “Users can craft their own festival

24 downtown Davenport venues will be part of Alternating Currents.

experience and schedule that is unique. Using the app, they can ‘favorite’ an artist, click to find their performance time and location, as well as use the map to discover all of the participating venues.” To download the free app, visit alternatingcurrentsqc.com.

This year’s festival is presented by GreenState Credit Union and the Regional Development Authority (RDA).

The festival’s indoor and outdoor venues provide space for attendees to keep a safe distance. In between performances, they can explore our walkable Downtown Quad Cities and experience all the other restaurants, shops, bars and other entertainment venues.

Alternating Currents will kick off Thursday with a Mural Unveiling from 3:45-4:45 p.m. at 313 20th St., Rock Island. A blank alleyway wall is being transformed into a beautiful mural by Rock Island High School student Riley Jones in collaboration with professional muralists Dana Harrison (whose artist name is Limone) and Brandon Warner (ASPHATE). The mural is an adaptation of Jones’ artwork, originally titled “Black Pride,” that was competitively selected by U.S. Rep. Cheri Bustos and is displayed at the U.S. Capitol this summer. The project is part of a public art initiative of the Quad Cities Chamber and Quad City Arts. 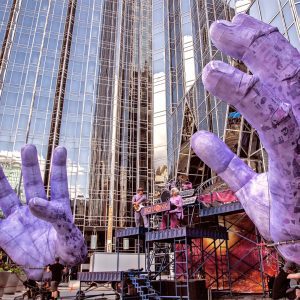 Here’s a look at some of the Alternating Currents’ highlights: 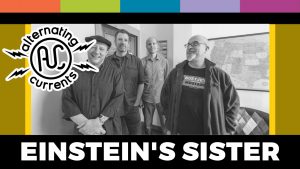 For a complete schedule of events, visit www.alternatingcurrentsqc.com

Jonathan Turner
Jonathan Turner has been covering the Quad-Cities arts scene for 25 years, first as a reporter with the Dispatch and Rock Island Argus, and then as a reporter with the Quad City Times. Jonathan is also an accomplished actor and musician who has been seen frequently on local theater stages, including the Bucktown Revue and Black Box Theatre.
See More Articles From Jonathan Turner
Advertisement
Tagged: Alternating Currentschamberdowntown davenport partnershipquad cities chamber