For rising, multi-platinum selling, trailblazing Country star Jimmie Allen, a simple phrase sums up his view on life and music: Never give up.
A native of Southern Delaware – the “slower, lower” part of the state, he explains – Allen has carried that mantra with him through good times and bad, whether than meant living in his car or receiving his first ACM nomination for New Male Artist of the Year in 2019, a CMA Awards nomination for New Artist of the Year in 2020, subsequently winning the ACM Award for New Male Artist of the Year in 2021– the first Black artist to win that category since its inception, and a win with which he hopes “open[s] some doors for more Black artists to have success in country and more Black artists to feel comfortable enough to do country if that’s what they want to do.” Additionally, he is currently nominated for CMA New Artist of the Year for the second consecutive year. GRAMMY.com has hailed Allen as one of “5 Black Artists Rewriting Country Music.” 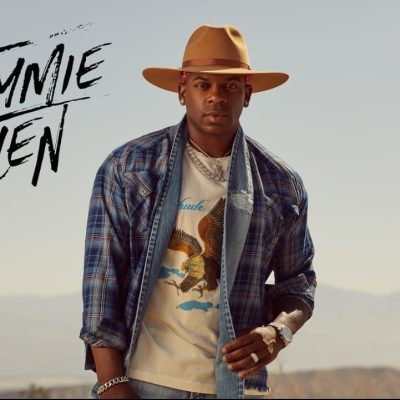 With the 2018 release of his debut album Mercury Lane – named in tribute to the street he grew up on and the origin of his incredible journey – on BBR Music Group’s Stoney Creek Records, a lifetime of never giving up brought him full circle.
“I didn’t quit, I never will,” he says. “Stuff ain’t easy, and you shouldn’t quit either. There’s a big difference between busting your ass and sitting on it.”
For Allen, musical dreams and a love of true-to-themselves artists like Alan Jackson, Aaron Tippin, Montgomery Gentry, and Jason Aldean brought him all the way to Nashville and beyond, –from traveling around the world to places like Japan, Germany and the UK; to performing a tribute at the Kennedy Center Honors for Garth Brooks, the national anthem at the Indy 500, returning to American Idol as a mentor after being cut from the same competition a decade ago, and other once-in-a-lifetime moments.
Advertisement
But it was actually a nightmare which turned this promising singer into the artist he is today. After a series of bad breaks Allen was forced to live in his car, too proud to ask for a bail out. For months he worked multiple jobs and finally saved enough for an apartment, but hit then another snag – country music wasn’t ready for him.
“People were just trying to help,” he says now. “But they wanted me to change my sound and told me I had to lose my boots. The turning point came when I stopped listening, and finally let my music be a natural reflection of who I am.”
Since then Allen has been following his own compass, and it’s leading somewhere special. In 2017, he caught his big break and signed a record deal with BBR Music Group/Stoney Creek Records and a team who embraced his individuality.
“I don’t regret the hard times,” he explains about his trials. “I think each thing you do adds a layer, whether it’s a layer of toughness, perseverance, motivation, or just a layer of wisdom. At the end of the day you come back to what you know, and what’s embedded in you.”
With Mercury Lane, Allen made history as the first Black artist to launch a career with two consecutive No. 1 hits on country radio, with “Best Shot” claiming the No. 1 spot for three weeks and his second single “Make Me Want To” hitting the top spot in March 2020.Allen’s hard-earned dreams are finally becoming reality, but he shows no signs of limiting himself.
Advertisement
He followed up the success of Mercury Lane with his July 2020 collaboration project, Bettie James, that has amassed 171+ million streams and has further established Allen as Country’s next superstar. The star-studded seven-track project combined his deep love of family and genre-spanning taste in music. Named in honor of Allen’s late grandmother, Bettie Snead, who passed away in 2014 and his late father, James Allen, who passed away in 2019, Allen hand selected artist that touched the life of Allen, his grandmother and father in some way, allowing their legacies to weave seamlessly throughout Bettie James. The wide array of hitmakers include Brad Paisley, Charley Pride, Darius Rucker, Mickey Guyton, Nelly, Noah Cyrus, The Oak Ridge Boys, Rita Wilson, Tauren Wells and Tim McGraw.
“My dad and grandmom were two completely different people, but both played a huge part in my life,” Allen says of the motivation for the project. “Since they died, I have been wanting to leave trails of their legacies throughout my music.”
The result is a musical composition of love, heartbreak, perseverance, hope and faith.

But that’s not all!

Get your fill of fair food, fun, and of course, awesome music and attractions.
Coming to the fair are:
Jimmie Allen -Thursday, August 4th
Carly Pearce – Friday, August 5th
Brantley Gilbert – Saturday, August 6th
Dustin Lynch – Sunday, August 7th
Both will be available for online purchase. If purchasing online tickets will be mailed to you certified mail.
2022 WLLR -PEPSI Pass.
$100.00 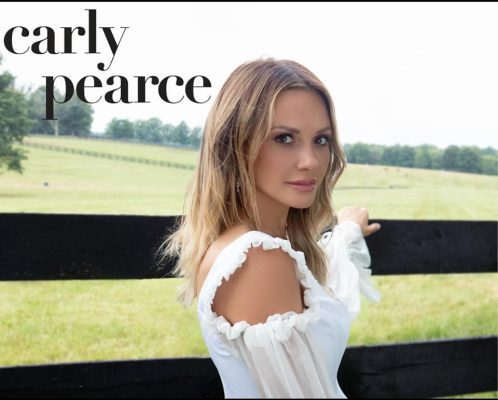 Limited to 1500 cards sold.
Includes a Funcard and a laminated fast pass, for early admission before the general public, at a separate gate.
2022 Fun Cards
$100.00.
No individual tickets will be sold for the Grandstand Events
Good for one entrance per day to the fairgrounds
Good for one entrance per day to all Grandstand Acts
Ticket is punched when you enter the fairgrounds and when you enter the Grandstand
A Fun Card is required to enter the Grandstand
All seats are general admission – first come / first serve
IITI will give away one chance to win $500.00
2022 Mississippi Valley Fair Daily Grounds Admission
Adult tickets (includes one entrance to the fairgrounds): $10/day
Child tickets age 4-12 (includes one entrance to the fairgrounds): $5/day
Kids under 3: Free every Fair day.
How to Purchase
Online, if purchasing online tickets will be mailed to you certified mail.
In the fair office, Mon-Fri 8am-4pm.
If you have any question feel free to contact us at 563 326-5338.