BREAKING NEWS: Comedy Sportz is back. 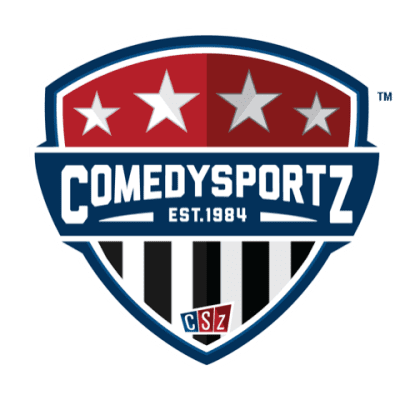 As previously reported on QuadCities.com, the popular, family-friendly improvisational comedy troupe will re-launch in November at Moline’s Spotlight Studio with its familiar slate of upbeat, one-of-a-kind, all-ages shows.

ComedySportz is a fast-paced, all-ages improvisational comedy show that uses audience suggestions in a highly competitive “game” between a red team and a blue team. The teams compete for the most laughs. There is no script or plan prior to each performance resulting in non-stop laughs for the players and audience.

ComedySportz Quad Cities’ new owner, Bob Kelly, began performing with the troupe in 1999. Rick Davis, Director of Operations and Creative Development, has performed with ComedySportz since 1993. Monta Ponsetto, Communications Director, began performing as an original roster member in 1990. The Spotlight Studio is managed by Brent Tubbs, ComedySportz member since 2003, and his wife Sara Tubbs.

“We are so thrilled to bring ComedySportz back to the Quad Cities,” said Kelly. “None of this would have been possible without the years of hard work by Denny Hitchcock and the Adamson family. We are excited to continue building on the ComedySportz Quad Cities tradition.”

Matches will begin in November and will be every Friday and Saturday night. Tickets will be available through the new ComedySportz website, ComedySportzQC.com, as well as on The Spotlight Theatre’s website, TheSpotlightTheatreQC.com.

For updated information and more exciting announcements over the coming months, ComedySportz Quad Cities encourages loyal fans to follow on social media at their brand new Facebook page, and can also be found on Instagram at @cszqc.