The Putnam Giant Screen Theater – 60 feet tall by 70 feet wide – will finally reopen Saturday, May 15, featuring a spectacular 40-minute documentary, “Into America’s Wild,” that was supposed to open in March 2020, when the pandemic shut down life as we knew it. 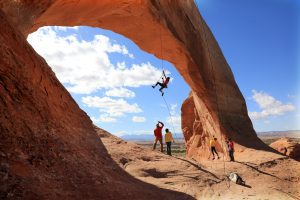 “So it’s one of those wonderful, soaring 3D American landscapes,” Rachael Mullins, president/CEO of the Putnam Museum & Science Center, said Tuesday. “It’s so wonderful — kind of through the eyes of an explorer and adventurer and through the eyes of an astronaut. So it’s a wonderful film that we think will be just right for the reopening of theater. It’ll be the first time the theater has been open since we closed for the pandemic.”

From the Academy Award-nominated producers of the acclaimed hit film National Parks Adventure comes Into America’s Wild, an unforgettable cross-country adventure into the 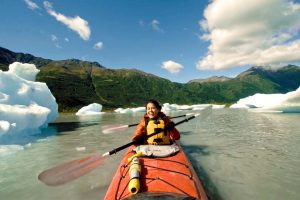 hidden wonders of the natural world (narrated by Morgan Freeman), according to a synopsis.

“A non-stop ride via kayak, bike, train, hot air balloon, zipline, kiteboard, hiking boots and more, Into America’s Wild visits some of the most beautiful but untamed landscapes of America, from the lush coastline of Oregon and the wilds of Alaska to the ancient canyons of the Southwest and the rolling hills of the Appalachian Trail, the MacGillivray Freeman Film synopsis says.

Setting out on this journey are three trailblazers – astronaut John Herrington, Alaskan pilot and youth advocate Ariel Tweto, and long-distance hiker Jennifer Pharr Davis – who share a passion for connecting people to experiences in the wild.

As they wind their way through the scenic byways, ancient homelands, secret gems and hidden trails that form the natural tapestry of 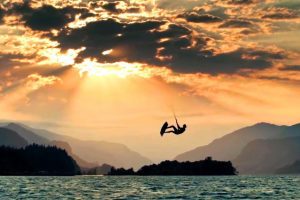 America, viewers will discover the special human connection we all share with nature.

“We live in an age of wizardly machines — so why do we still hunger for that heart-charging awe that can only be found out in the raw elements, under the electric sun or a cool blanket of stars?” say the film’s production notes at intoamericaswild.com.

“The film’s answer becomes a larger-than-life love story about the transformational allure of wild places across the whole span of the USA. From the hunt for hidden wilderness gems to the 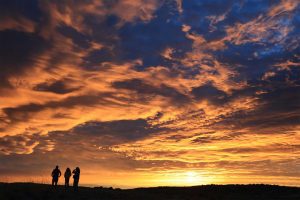 fun to be found in local city parks, ‘Into America’s Wild’ is more than just a ride into an amazement-worthy assortment of North American landscapes,” the site says.

“It is also a vital exploration into how being outdoors can spark peak experiences — and how those peak experiences have changed and inspired diverse American lives, starting with the very first people to commune with this land. From rugged coast to mystifying desert, from soaring forest to buzzing city, ‘Into America’s Wild’ reveals the unbreakable human-nature bond in action.”

Mullins said, “It’s so wonderful that we’re really reopening the Putnam. We’ve had the traditional museum open since last summer, but now we will have 100 percent the full extent of the Putnam facility, open for our community again by the end of the month.”

There will be social distancing in the 264-seat theater, with patrons only every other row and then distancing within the rows, Mullins said. “So depending on the grouping’s size, we’re hoping that we can get to at least 40% or so on the theater capacity.” All Putnam visitors must still wear masks, including moviegoers, who will be allowed to remove them while seated, she said.