A new comedian is set to play in the Rhythm Room! We are proud to welcome Jimmy Pardo on Thursday, November 3, 2022 at 7:30 PM. You must be 21+ to attend this show, as the Rhythm Room is on the Casino Floor.

A seasoned veteran of comedy clubs and late-night television, Jimmy Pardo has appeared on such shows as The Tonight Show, Conan, The Late Late Show and his own half hour special on Comedy Central. Most recently he was the host of the critically acclaimed Science Channel show Race To Escape. Jimmy regularly appears on TBS’ Conan as a panel guest, but he has also been Conan’s go-to warm-up, field correspondent, sketch player and even fill-in cohost. He has also conducted some very unconventional celebrity backstage interviews for Teamcoco.com‘s “The Pardo Patrol.” 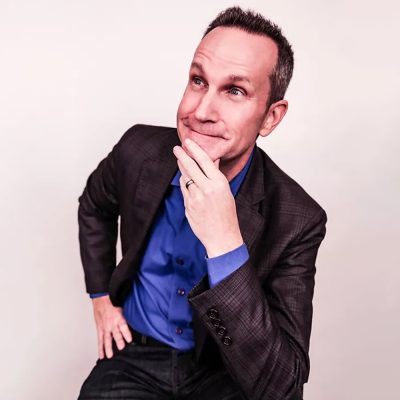 In 2006, Jimmy Pardo became a podcasting pioneer when he began hosting the raucous-but-smart weekly podcast Never Not Funny, which Entertainment Weekly called “one of the sharpest and gut-bustingest shows on the Internet.” The show has been named a top comedy podcast by The AV Club, Esquire, GQ and USA Today, and its guest list (Conan O’Brien, Jon Hamm, Richard Lewis, Zach Galifianakis and Sarah Silverman, just to name a few) reads like a Who’s Who of Hollywood. Never Not Funny also hosts the annual Pardcast-a-Thon fundraiser, a 12-hour marathon webcast to benefit Smile Train. To date, the Pardcast-A-Thons have raised over one million dollars for the charity.

Over the years Jimmy has also been seen on such shows as Comedy Bang! Bang!, @Midnight, Maron and Monk. He has hosted National Lampoon’s Funny Money for Game Show Network, five seasons of AMC’s Movies at Our House, and episodes of NBC’s Late Friday, VH1’s The Surreal Life and The Playboy Morning Show. Jimmy has recorded three comedy albums: Uno, Pompous Clown and Sprezzatura, which Entertainment Weekly named one of the Best Stand-Up Albums of the year.

Tickets will be $25 for general admission to the Jimmy Pardo show.